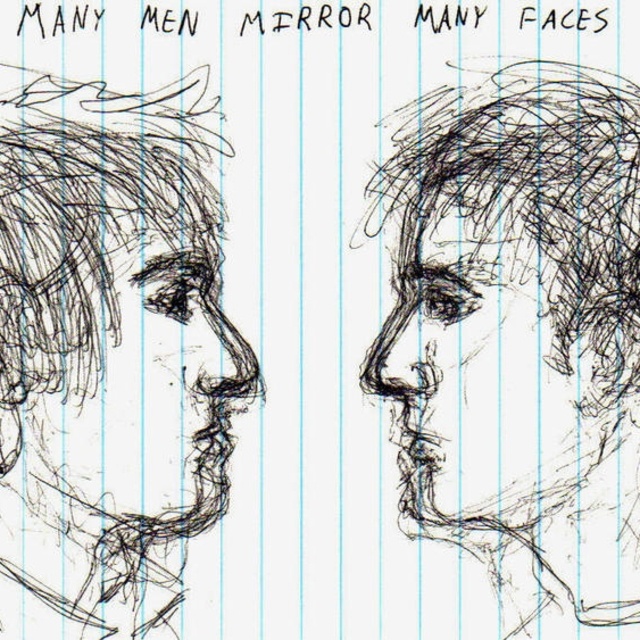 Many Men Mirror Many Faces was written in the summer of 2005. This piece is performed by two individuals attempting to acquire a sound usually heard from a four piece. David Lamb and Matthew Sückrow have been playing music togehter in the Chicago land area at colleges, coffeehouses, and other venues for the past year; like Judson College in Elgin IL and The House Cafe in Dekalb IL, and with bands such as The Felix Culpa, Skybox, Hook Line and Sinker, Rufus Tree and All Else Fails. This project was composed to encourage everyone to be real with other people as well as themselves, and to be the people they are created to be. The theme is communicated through a journal entry that is both written into the album's insert, as well as incorporated into the live performance. The music was composed as the soundtrack to this concept. It is arranged into movements, rather than independent songs. This gives the album the ability to be one whole piece of music. In the live performance, David and Matthew play selected movements from the piece, and incorporate crowd participation so they may bring a more personal aspect to the experience in hopes to build community through music and artistic expression.

Screen name:
Many Men Mirror Many
Member since:
Aug 17 2006
Active over 1 month ago
Level of commitment:
Very Committed
Years together:
2
Age:
years