Raspberries 4U! + Band in Irvine, CA 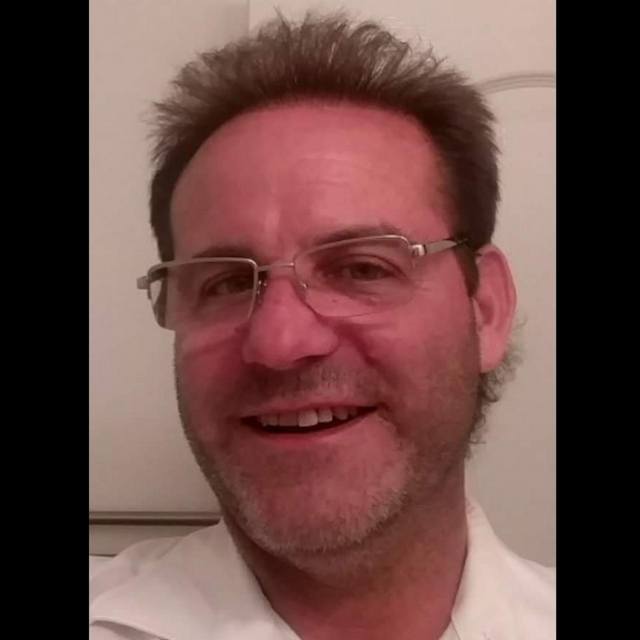 Musicians must possess mastery of their instrument and strong vocal abilities; pitch, range and ability to sing intervals. Multi-instrumentalists are a PLUS.

The other musicians can easily follow the guitarist and fall into place.

Bassist/Vocalist – Doesn’t have to be extraordinary on the bass, but possess good vocal/frontman abilities.

I am an accomplished drummer/vocalist/songwriter with a large, killer sound system.

Not interested in touring (been there, done that), just performing locally on weekends within 100 miles of Orange County. Gigs will be on contract with Management Company. Rehearsals will be once per week on weekends until material is tight, then no more weekly rehearsals, just performances. We may get together to rehearse a set of new material from time to time, but not really interested in having a rehearsal band, rather, a PERFORMING BAND.

Serious inquiries only, please. Thank you.

I know my profile is lengthy, but please bear with me and take the time to read through it. Thank you.

Beatles, Raspberries, Badfinger, Utopia, Led Zeppelin, Police, Rush, Beach Boys, TPOH band, etc... Anything that is pop oriented with great vocals and a lot of power behind it. Open to suggestions and originals.

Take 10 minutes to familiarize yourself with the Raspberries (no, not the Strawberries, aka "the Strawbs").

50 years ago today (April 1972) the debut album from Raspberries was released, and in the years that followed they’d be recognized as the architects of the “Power Pop” genre while attracting thousands of fans around the world. To commemorate this historic musical anniversary, Bernie Hogya has created this very special 10 minute video looking back at one of the most influential rock bands ever. Enjoy!"

1. No Matter What, Badfinger
2. Come and Get It, Badfinger/McCartney
3. Go All The Way, Raspberries
4. Ecstasy, Raspberries
5. Tonight, Raspberries
6. I Wanna Be With You, Raspberries
7. She's So Young, The Pursuit of Happiness
8. You Took Me All The Way, Eric Carman
9. Play This Game, Utopia
10. You Make Me Crazy, Utopia
11. Love In Action, Utopia
12. The Very Last Time, Utopia
13. I Just Want To Touch You, Utopia
14. Open My Eyes, Nazz
15. Forget About It, Nazz
16. Couldn't I Just Tell You, Todd Rundgren/Rick Derringer
17. Slut, Todd Rundgren
18. Infrared And Ultraviolet, Utopia
19. There Goes My Inspiration, Utopia
20. Rock'n Roll Hoochie koo, Rick Derringer

Up for Beatles power pop songs, i.e. Drive My Car, Day Tripper, Tax Man, I Saw Her Standing There, etc...

I can play & sing anything, was a union musician in Chicago (AFM Local 10-208) for 10 years doing weddings & private parties. As a young drummer I studied from the Joe Morello rudimentary jazz drum instruction program. I know all the contemporary, jazz standards, Frank Sinatra’s pop stuff and show tunes from all the famous musicals, as well as all the ethnic stuff; polish, German, Italian, Jewish, Irish, Greek, etc… I can play all the worldly beats; swing, bossa-nova, cha cha, samba, rumba, etc… and can play in any time signature.

I’ve done much session work, cut vinyl records and toured for several years. I’ve been into home recording since 1981 and have a state of the art recording studio. I grew up on the South side of Chicago, played in many Blues bands and can play a mean shuffle. One night I even sat in on a set with Koko Taylor, the Queen of the Blues. However, even though musicians have always told me I’m very good at it, I AM DONE WITH THE BLUES and being in Blues bands. My roots in drumming have always been British Prog Rock, namely Bill Bruford (Yes, King Crimson, etc...).

In 1980-81 I cut my first vinyl record with the band Seiche, “The Immediate Wave,” a psychedelic rock act that was the predecessor to the grunge sounds of Seattle, 12 years before Nirvana came along. And there is a direct connection: Dee Plakas, the drummer in L7 whom I gave drum lessons; she was our leader’s girlfriend, our biggest fan and it’s my belief that she turned those West coast guys on to our sound. Seiche basically merged the early ‘70s era sounds of King Crimson with Jim Morrison styled vocals. Because of mounting demand over the years by rock/audiophile collectors worldwide, in November 2019 the Seiche Demo Press was reissued on vinyl by Jackpot Records, and the collector’s edition sold out in two weeks!

By the late 1980’s I went through a complete genre change to High Energy Dance, House and Top 40. I also changed over to electronic drums and went on tour with the Tammy Thomas Group on Playhouse Records. During that time we released two self produced vinyl 12” HE Dance singles that each climbed to #1 on the Top 60 Dance Chart, beating Madonna, Janet Jackson, Tina Marie, Debbie Gibson, Kim Wilde, etc… all the female HE Dance artists of the day.

Our first hit was “It’s Getting Better” which stayed #1 for 6 weeks, https://www.youtube.com/watch?v=LA6RoJRFAxA

Our second hit was “Do You Want Me?” which stayed #1 for 8
weeks, https://m.youtube.com/watch?v=OuKA4U6rOPs

Each member of the band were singer-songwriters in our own right, capable of backing each other up (singing intervals) and I was the guy charged with doing all the lead black male vocal parts. This touring experience, along with numerous vocal classes was how I developed my vocal skills.

Over the years I’ve also utilized my music production skills by producing local talent. I have over 70 productions (in 10 genres) I’ve recently uploaded to my website, https://warpdriveprod.com/audio_gallery.htm that showcase my skills.

I'm now wanting to do something more focused with classic rock power behind it, concentrating on well written, catchy, Anglo-styled songs with great middle eights and great vocals.

Many musicians I’m finding here on BandMix seem to be stuck in a particular genre rut, i.e. Blues, Metal, what ever, and that’s OK, I was like that a long time ago. In my opinion, the test of true musicianship and professionalism is whether one can, or is willing to evolve, adapt to change and do it well.

Another thing I've noticed here is the tendency for low hanging fruit; that most here on BandMix just want to fall into a band situation where everything is already made and very familiar. That way it’s very easy for them to just slide right in without much effort. I’m not interested in working with people like that. What I’m trying to do here is challenging and I’m looking for musicians who are up for a new challenge.

I’m also getting people whose profiles boast “classic rock experience" while telling me they’re not interested in doing Power Pop. As far as I’m concerned that’s just a bunch of BS because Power Pop is essentially the foundation of classic rock. Just listen to any early Beatles song or Credence Clearwater Revival. Yes, although not on my song list, I’d love to do some Credence as well! Go ahead and listen to the guitar riff on Go All The Way (Raspberries) and tell me that’s not classic rock.

Someone who gave feedback on my repertoire said that I’ve chosen some obscure songs. While that may be true, the fact is these songs will lift up people’s spirits, get them to dance and recall, “oh yeah, I remember that cool song, it's awesome this band plays it, I'd like to see them again at their next show!”

Bottom line: I think I have something really cool here; great songs that are totally danceable and thus, extremely entertaining. I don’t want to do what everyone else is doing, i.e. “80s music, Metal, R&B, Blues, Hip Hop, Rap, etc… I want to do something unique and powerful!

If you’re willing to put in the time and effort I’m sure it will pay off really big, as in lots of paying gigs. Not trying to get famous, just working toward providing people with great, high quality musical entertainment that showcases talent for which our band can be proud.

For true professional musicians it shouldn’t really be that difficult. It just takes some commitment, effort and structure. Geeze, it ain’t like we'll be trying to pull off anything difficult, like the Mahavishnu Orchestra or Return To Forever. Me? I can’t read a note of music, but neither can songsmith Todd Rundgren.

I do know what it takes to put together an act and execute on stage; I’ve done it before and will do it again. You can either just continue on doing what everyone else is already doing, playing all the same worn out songs, or join our show and be a part of something truly unique. The choice is yours.

That's not how I'm going to do it. I'm going to pay everyone equally, including the Sound & Lighting Engineer, so it's an equal 5 way split after the booking agent takes their cut. This way everyone gets to share the prosperity from the band's success.

How about "pay to play" here in LA? We are going to avoid these arrangements all together. To me it's just a middleman's scam.

In the beginning there may be times we'll perform at a reduced rate until the hiring parties and agents get to know us. We will eventually adjust our price upward as the demand for our show increases.

I'm a NO BS kind of guy. As you probably know by now, the whole entertainment industry is full of all kinds of yahoos running around blowing smoke, it's the nature of the beast. I'm not one of those people, I will always tell you how it is, no hype.

BTW, my profile photo is a most recent selfie.

Guitarist/Vocalist - Could be you!

Bassist/Vocalist - Could be you!

Keyboardist/Vocalist - Could be you!

We’re talking about 15,200 Watts of Clean QSC POWER to blow the hamburgers right off their plates!