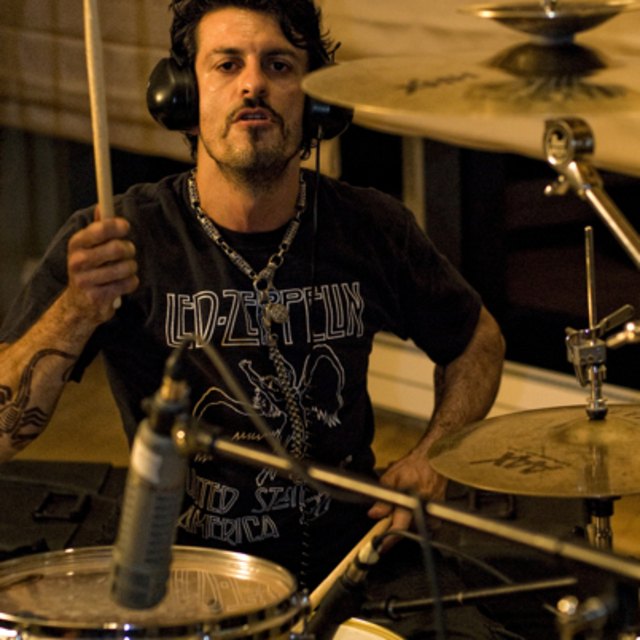 Marco Britti was born and raised in Naples, Italy, a city known for its rich history, art, and culture. He started drumming at the age of 13 playing with local bands, then later joined “Napoli Centrale” music school where he started studying with the biggest Italian drummers like Agostino Marangolo and Roberto Gatto. In1996 decides to make a bigger step by moving into the USA and settle in New York City to advance his music studies.

He joined the prestigious “Drummer Collective” where he studies with Kim Plainfield, Jeff Tain Watts, Horacio el negro Hernandez, Portinho and many more. After realizing the amazing uniqueness of the Cuban and Brazilian beats, decides to move to Cuba in 1999 to learn new drumming techniques and refine his skills. In Habana, starts studying with legends like Changuito and Tata Guine. In the 2000 moves to Brazil and starts playing with several Samba Schools like Salgueiro, Beija Flor and Mangueira. In 2001 relocates to NYC where, by meeting with Erben Perez (Marc Anthony’s bass player), joins “Talking Buddha”, a rock band that will take him touring in Peru, Spain and Equador. The musical bond between Britti and Perez took him to work with Jennifer Lopez in 2005 where he recorded “Rebirth” and “Como Ama Una Mujer”.

In 2007 he moves deeper into Rock and Metal by working and touring with “Shadows Lie” for four years. He performed at iconic venues including: Webster Hall, Roseland Ballroom and CBGB to name a few. Britti’s drumming expertise ranges form Brazilian to Cuban, Jazz, Hard rock and Metal.