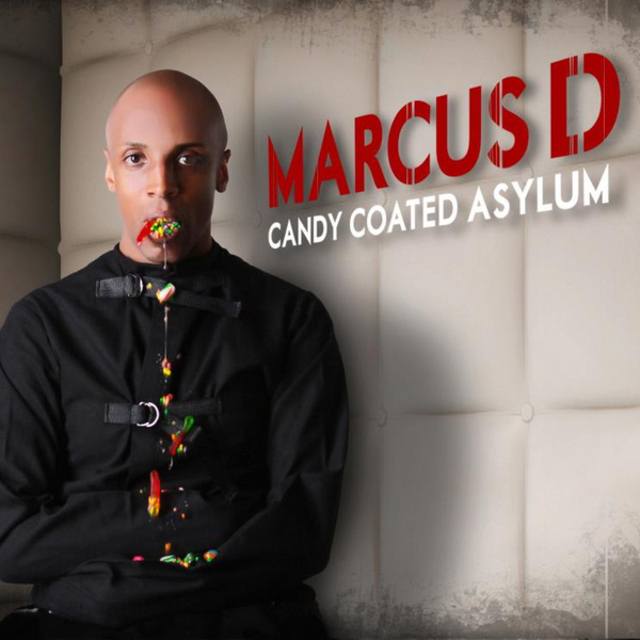 As far as singer-songwriter Marcus D. is concerned, the 80s are not dead, at least not in his mind where he creates his 80s influenced pop alternative rock. His music beckons the listener through chill hypnotic vibey corridors that often lead to rooms with tasty nostalgic beats that make you want to “shake your stuff”. Even in this “danceable space” his lyrics are often raw, honest and real, but with sparks of playfulness. “I’m a singer-songwriter at the core. A story teller. Even in the middle of the dance floor I have something to say!”

On his upcoming debut EP titled, “Candy Coated Asylum” Marcus is working with award winning songwriter and artist producer Kaitlin McGaw (Harvard Graduate, former producer for Grammy Awards, board of West Coast Songwriters) and Producer, Grammy nominated engineer and Latin Grammy Winner Jason Villaroman (Black Eyed Peas, Justin Timberlake, Stevie Wonder, Macy Gray, Sergio Mendes) to create a finely textured lyrical and musical landscape for his honey soaked vocals to journey through. “So much of what we experience about our world happens inside our heads. Our reality is shaped by our own camera lens. So the Candy Coated Asylum is really the dialogue that happens within ourselves about what we are experiencing”.

The lens that Marcus looks through to compose his reality is heavily influenced by growing up in the Bay Area during the late 80s and early 90s listening to bands like Pet Shop Boys, Erasure and Morrissey. The grandson of a baptist minister, Marcus was also heavily exposed to gospel, blues and soul music. “Musically, I was living in parallel universes because there was the music I was listening to with my family and then I would go outside with my Sony Disc-man to meet up with friends and my playlist would distinctively change”. Marcus accredits this duality for his eclectic tastes and influences. “I am influenced and enjoy an odd mix of musicians. Anything from Tori Amos to Marvin Gaye to Bollywood music. I think it informs not only my writing but my vocal style”.

On chill ambient tracks such as “Who’s Gonna Save You?” we find the vocals are vulnerable and haunting like when Marcus sings “..you pray they’ll let you out of this, but it’s a matter of retribution”. However, in the uptempo, “Spider Web”, we find a very different voice of strength and knowing.

The Candy Coated Asylum EP is set to be released Summer 2012 through CD Baby, and all major digital outlets (ITunes, Rhapsody, Amazon etc.) with SF Bay Area performances to follow as Marcus D begins his journey to make what he hopes to be an indelible imprint on the Bay Area Music community.

On June 26, 2012 my EP Candy Coated Asylum will be released through CD Baby, iTunes and all other major digital outlets. Local tour dates to follow...