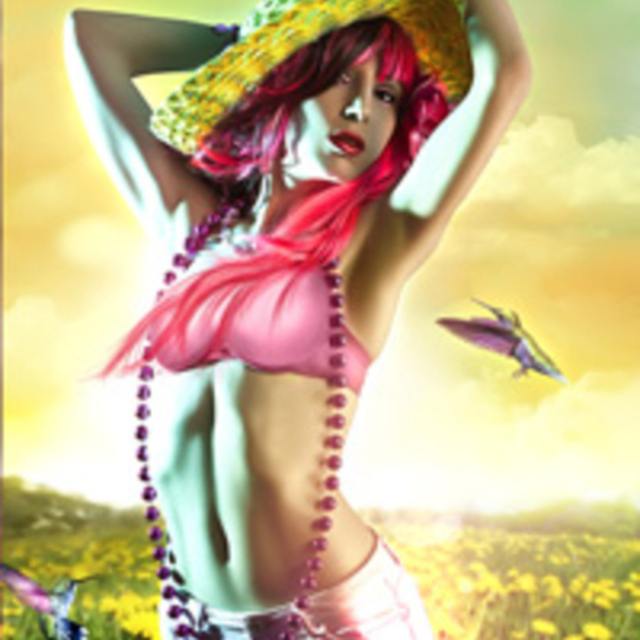 "From Adversity to Artistic Alien"

Marie Parie lives the very definition of “alien”. As a Parisian pop artist who has called the United States home since 2005, she witnesses American society from a unique point of view. Bewildered by the process of dating and motivated by the power of futuristic music, Marie shares these observations through her art. With her debut full-length album, Alien Victory, slated for an early 2011 release, Marie anticipates us strange creatures being drawn to her playful and sexy vibe.

However, the story of Marie Parie was not always so glamorous. Abandoned by her parents at birth, Marie spent her earliest years in an abusive foster home. As a creative individual exposed to harsh living environments, she expressed herself through a love of music and dance. An affinity for singing and songwriting at an early age helped Marie develop a natural talent that was soon to become her life’s aspiration.
In her teen years, Marie was rescued from creative inhibitions by a Catholic priest. Under the artistic guidance of this priest, Marie continued to grow as a performer, singing regularly in the choir of “La Basilique de Saint Denis”, “Notre Dame de Paris”, in various school performances, and even acting -such as in the film Holby City-. Once she decided to pursue her passion further and move to America, Marie arrived with nothing and nobody, once again solidifying her alien identity.

But despite the immersion into a new culture, Marie Parie was driven to succeed in her musical aspirations, performing in cities such as Las Vegas, Los Angeles, and Santa Barbara. Her dedication to art and charismatic nature quickly gained the attention of entertainment professionals who were eager to help the cause. As a result of this support, Marie’s first single, “Dating”, will come to visual life through a video shoot beginning late November 2010. * From Pain comes knowledge, the best gift of all, and if you’re heart is torn, let your alien save you, be futuristic and let art heal you”