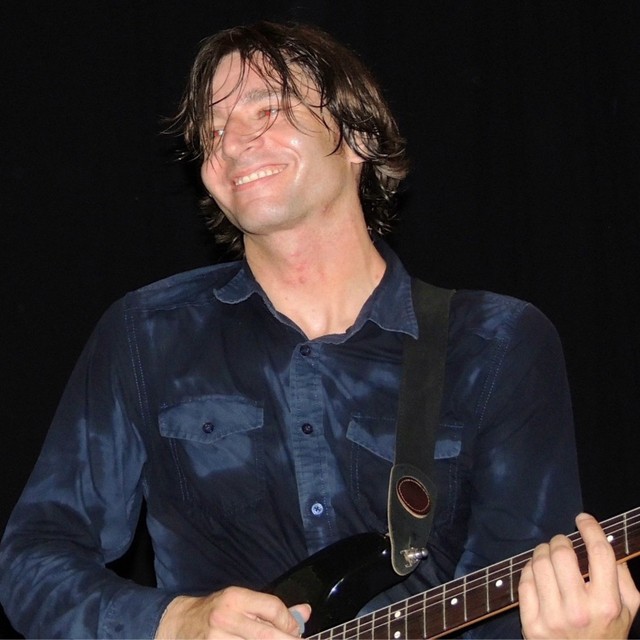 Got To Get Better

Updated July 2017 - Currently seeking to join band in need of lead guitar/vocals or looking for drummer to back 4 piece driving jam/southern rock/roots band.

After building a great rehearsal space and recording studio at my house, I'm now ready to find some musical friends and partners who want to both gig regularly and create new music. I'd like to find someone who is interested in recording high quality music (likely with video) in addition to earning some bucks and having fun playing out.

Out of all the instruments I play, I'm most skilled and experienced with guitar (usually as lead or only guitar), followed by bass, then drums in that order. I've always provided vocals out of necessity, so I'm glad to take lead or backup duties, or I'm content to focus purely on my instrument. Depending on the talents within a band, I'm good to take whatever role serves the music best.

I moved out to LA a few years ago to pursue an opportunity in my day job as music work continued to decline in my area. Now that I've settled in and hours are not so long, I would like to find some similar minded people to play music and hopefully gig. I was gigging about 3-4 times per week before arriving in LA, so I miss it.

I'm open to both electric and acoustic bands, and I enjoy them both. I'm a very qualified sideman - a skilled harmony vocalist and lead guitar specialist. I've also led many of my own bands, performing the front man duties and singing all of the lead. I can be happy in any arrangement, as long as I'm around talented, skilled players that listen to each other. That's what music is all about for me!!

I've done lots of work in the jam band scene, but I also love classic rock, blues, and alternative. I believe there is a good and bad in each and every musical genre! I also enjoy more folky stuff, in addition to some types of country music too. Being from the southern states originally, you'd better know a little country if you want to keep making a living as a musician - so I know that stuff too. I'd also be thrilled to work in an original band, and I write material too. I'm a better collaborator than individual writer, but I do some of that, too.

I have gigged for years in southern rock bands, psychedelic jam bands, classic rock, bluegrass, blues, and country. If it is good music, I love it all. I have also done extensive studio work and have downloads if wanted. I am open to any ideas and styles, and I am availble to commit the time necessary for rehearsal. My primary role in previous bands has been lead/rhythm and backup vocals. I have also played bass in a couple of bands and some studio work. Played a few gigs on drums, too, but in less critical events.

Song samples below I'm playing all guitars and singing lead/backup vocals. I've got plenty of other samples available if desired of other band arrangements and instruments played.