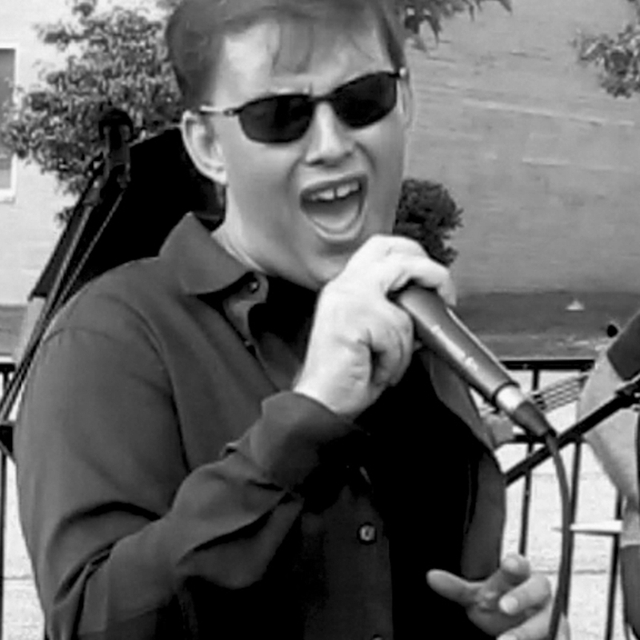 Typically, I sing pop, rock and R&B, but familiar with a wide range of music in general, past & present. I have a 4.5 octave range just short of the "stratosphere" singers like Freddie Mercury, Steve Perry and Lou Graham. Since I work from home I have the flexibility of schedule for travel if needed. In regards to "no drama", I don't drink, smoke or do drugs - I'm there for the music and to have fun doing it, I show up on time and work to get along with everyone.

I've performed around Atlanta/Georgia as well as Florida and Los Angeles. The last bands I was in: an R&B/Funk Band, Rock/Funk band and a house band that performed pop, rock, and R&B from 70s to present. I don't just "stand and sing", I enjoy getting an audience engaged and I've "raised an audience from the dead" on more than one occasion.

PLEASE NOTE: Because of my values, I only sing "clean" versions and do not sing about Hell (Highway to Hell, Going Straight to Hell, etc)...or expletive lyrics such as "Man in the Box", "Hair of the Dog", "Tenacious D" (you know the one). I don't believe in being offensive to audience members.

My influences are the mainstream artists that you hear on the radio past and present primarily in rock, pop and R&B.

SUGGESTION: I've been to several auditions and I've noticed that giving me songs that aren't "in my wheelhouse" is fine if you want to see how fast I can learn a song, but it doesn't give a good representation of what a polished piece looks/sounds like nor does an audience care if it took 2 days, 1 week or 2 weeks to get a song down. So, if it's agreeable, I would like to suggest that 1 or 2 songs be chosen from my playlist if it's something already on your playlist. There's plenty there to showcase range, difficult rhythms/timing and so forth. Thank you.

PLAYLIST (It's not a comprehensive list and in no particular order):
Nothin' But A Good Time - Poison / Shine - Collective Soul / December - Collective Soul / Baby I'm A Star - Prince / Purple Rain - Prince / Gimme Some Lovin' - Blues Brothers version / Get Down On It - Kool & the Gang / Ladies Night - Kool & the Gang / Pour Some Sugar on Me - Def Leppard / Miami - Will Smith / All Night Long - Lionel Richie / When I Saw Her Standing There - Beatles / 897-5309 - Tommy Tutone / Everybody Have Fun Tonight - Wang Chung / What I Like About You - Romantics / R.O.C.K. in the U.S.A. - John Cougar / Don't You Forget About Me - Simple Minds / Smooth - Rob Thomas-Santana / Shut Up and Dance - Walk the Moon / Cake by the Ocean - DNCE (Clean version) / True - Spandau Ballet