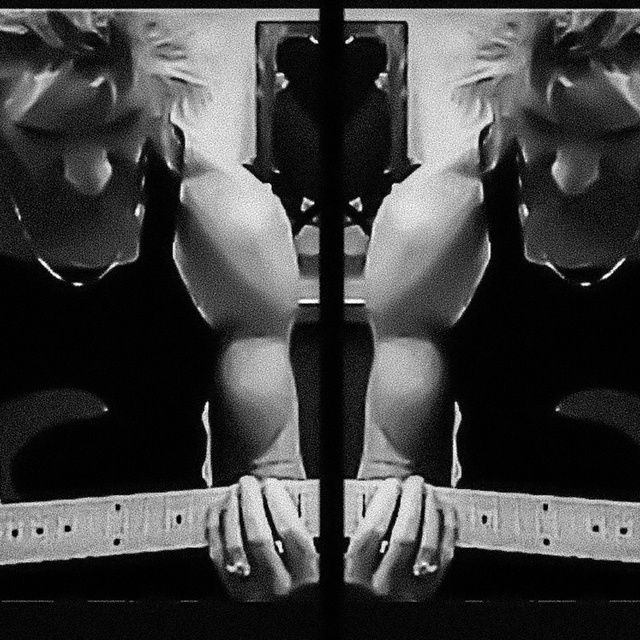 Have played and studied guitar for well over 30 years. Have both Bachelor's and Master's Degrees in Music Education from Seton Hill University in Greensburg, PA, and George Mason University in Fairfax, Virginia.
Currently going into my 10th year of teaching guitar in Loudoun County Public Schools in Ashburn, VA. Have no problem with any technical or theoretical application in music.
Can improvise, play covers, compose, record, arrange, or perform all styles of music.

Influenced by all types of music. I play rock, blues, funk, pop, country, smooth jazz, Latin, and jam music.
Can play both acoustic and electric guitars.
I'm influenced by all musicians and their unique approach to their craft. To mention one, would leave out so many others who contributed to my dedication to this great art.
If you were to pin me down, I love the sound of Eric Johnson, the daring improvisation of Pat Martino, and the "go for it" attitude of players like Page, Gilmore, Blackmore, ect.

Multiple guitars...too many to list! All varieties of acoustic and electric instruments. Mulitiple amplifiers too. Whatever you need I most likely have. I have many effects and if so, will conjure up something if I don't have it!