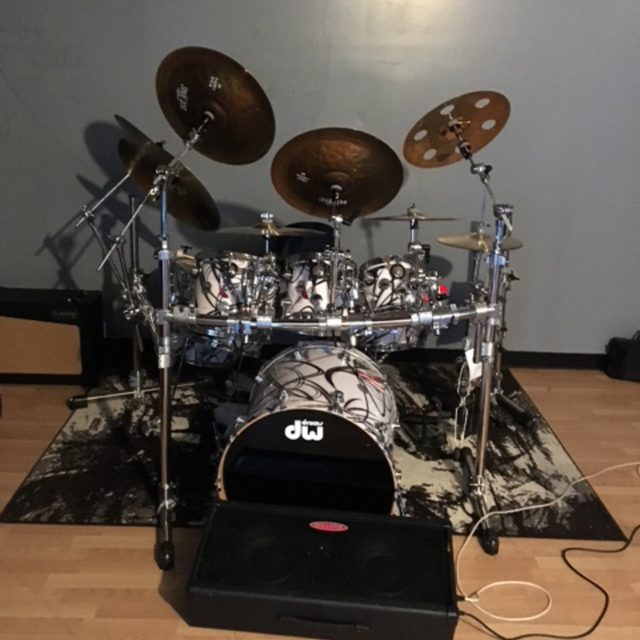 I am looking to get into a happening Band situation with serious Players who are able to rehearse more than once a week. You can't get seriously tight as a band, performing ambitious music on one rehearsal a week. Two nights a week minimum.

I would dig getting into a virtuosic Semi Prog ish Funk Brit Pop band in the vein of David Bowie, with a dash of Tears for Fears, The Cure, Steely Dan, Santana, No Doubt, VH, Chili Peppers, Bruno Mars, The Police, Foster the People, The O'Jays, No Doubt and Duran Duran, with maybe a few tricky Dream Theater type time signature tricks.

I'm NOT looking to get into a screaming Metalcore project, so if Nine Inch Nails, Amon Amarth, Children of Bodom and Korn are your fave bands, I'm not the right drummer for your vehicle.

If anyone wants to do kind of an Animals as Leaders meets Steely Dan kind of thing, that could be kind of cool as well.

Looking for like minded Players who are into cool challenging music with different influences, who are into sophisticated song craft with really cool chord progressions and some HOOKS.

I'm not looking to get into just a Shreddable Forgettable Band, where it's just wall to wall chops, but you don't remember one song in the set.

I'm looking to find a Bassist to play with who can slap, have a cool R&B feel, can play some odd time, and have a SOPHISTICATED sense of chord progressions, but with a seriously deep groove.
If you are just a one dimensional Metal Player who never listens to any other kind of music genre, outside of Wacken bands, doesn't even know who Marvin Gaye or Earth, Wind and Fire is, I'm not your guy.

If there is a guitarist out there who digs Satriani/ Yngwie/ Micheal Romeo level shredding, but can also embrace Larry Carlton Steely Dan tasteful melodic playing, with some Steve Stevens trippiness, let's jam! Having some cool onboard EFX is a plus!

If there's a keyboardist whose into Tony Kanal from No Doubt, kind of in the "Too Late Instrumental" vibe, let's jam!!!!!
I'm also looking for a smoking percussionist at the level where he/she can play Al Di Meola's "Race with Devil on Spanish Highway".

I'm down with rehearsing 2 nights a week, and I'm well funded.

I have a 24 hour lockout in the Downtown Santa Ana Music District.

Top of the line DW Collectors Edition kit with Paiste Signature cymbals, plus a Yamaha DTX700 brain and triggers. playing a double kick pedal off of a single kick, but can get hold of another kick for cosmetic reasons if needed.