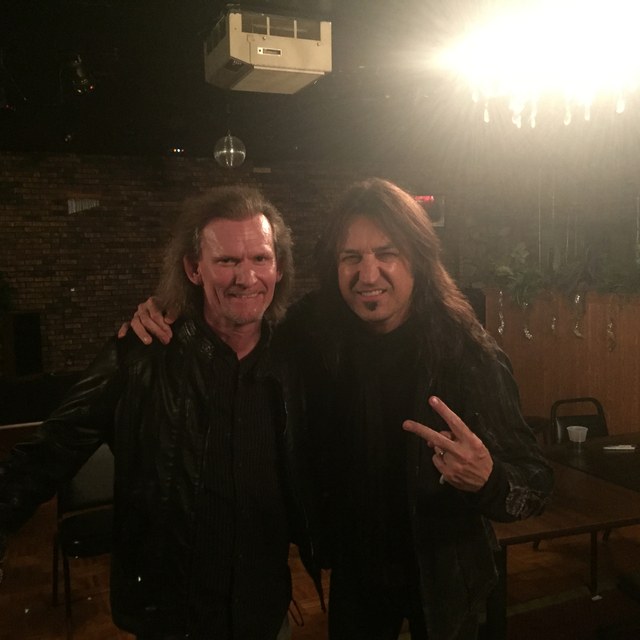 Want to play and have played professionally to the point of walking away from a record deal in 1986 after playing for years in a band called Minds Eye. I prefer to do original material at this point. I love play with a band, but it’s harder to get a group together than maybe a vocalist and someone to add some pulse to the music that is cool playing a Jim-Bay or conga’s that can maybe sing or do some backups. But I’m really willing to hear anyone’s ideas out. I love to write and would be cool writing with the hopes of even selling a song. There’s no one getting a break at 57 years old unless some extremely rare situation arises. I became a Christian in 1985 and since then I’ve grown in styles and what I want to attach my name to. Whatever I ultimately end up doing, I just want it to be done professionally. Originals and possibly some very well looked over Christian Contemporary. Has to be biblically accurate. Past the point where I will play with hacks and covers, re-written versions of old great songs is about it with some rare exceptions. Vocal range only matters if your only range is baritone. Otherwise sing to your strengths.

I grew up playing hard rock and old school metal. Melody is a must for me. I developed a love of writing acoustic music but if I do write with a band, I lean towards the edgy material that’s more guitar driven.
I put down that I sing. I did have a double fusion at C3 to 4 and C4 to 5. I can generally find a note and sing but when I try to project with any power, I tend to get pitchy. It’s something I will continue to work on and I know the key plays a big role for anyone. But I was used to always hitting the higher notes. So it’s more difficult to hear while playing the lower notes that I’m not required to “punch it” on. This is a new experience for me and because I’ve only done a few things in the last few years, there was always a bunch of singers so I deferred to them. But I do want to keep plugging and improving. [MY LEFT SHIFT KEY IS ACTING UP AGAIN...I APOLOGIZE. BUT MINDS EYE, THE BAND I STARTED TWO VERSIONS OF BUT WALKED AWAY FROM A DEAL WITH ELEKTRA RECORDS W/2ND VERSION. I BECAME A CHRISTIAN IN 1985. BY MARCH OF 86' WE WERE ON THE 1986 NEW MUSIC SEMINARS "THE TAPE" IN NEW YORK CITY AND GOD SAVED ME FROM SIGNING WITH THE LIKES OF ENUFF'S Z'NUFF WHO SIGNED AT THE TIME, I'VE PLAYED WITH TYLER BATES...JUST DO A GOOGLE SEARCH. I PLAYED WITH HIM BEFORE SMASH ALLY AND BEFORE JESUS CHRIST CAME INTO MY LIFE TWO YEARS LATER. PRAY FOR TYLER WHO IS NOW IN ALICE IN CHAINS, AFTER MARILYN MANSON LOST HIS DEAL FOR ALL THE SEXUAL ASSAULT ALLEGATIONS. HE'S SCORED MANY OF THE NEW WORLD ORDER'S BRAINWASHING FLICKS WHICH ARE DEMONIC BLOCKBUSTERS AS FAR AS I'M CONCERNED] MY OTHER INFLUENCES WHEN PLAYING WITH A GROUP WOULD BE ALONG THE LINES OF OLD KINGS X. "BLACK FLAG" IS AN EXAMPLE OF A SOUND BIBLICAL SONG SUNG BY A MESSED UP BROTHER WHO I PRAY HAS OR IS GETTING HIS HEAD RIGHT. dUG PINNICK, WHO IS ORIGINALLY FROM JOLIET ALSO HAS DONE SOME INCREDIBLE WRITING WITH, KXM. [KORN, KINGS X, LYNCH MOB. GEORGE LYNCH AND THE DRUMMER FROM KORN. BUT I THINK/HOPE "NOISES IN THE SKY" IS A TRACK THAT HAS DOUG REALIZING HE MADE A MISTAKE. JUST ONE MAN'S OPINION BUT THE LYRICS TO THAT SONG, I DON'T EVEN THINK GEORGE OR RAY HAVE A CLUE WITH GEORGE BEING AN AGNOSTIC, THAT DOUG IS SINGING ABOUT THE END TIMES. AT LEAST HE DIDN'T WHEN I MET GEORGE AND DOUG TWICE JAMMIN' WITH MY OLD DRUMMER AND CLOSE FRIEND IN HIS LEMONT BASEMENT. I'M A DIFFERENT PERSON NOW. I'VE ALWAYS BEEN VERSATILE BUT AT THE TIME I WROTE WHAT WOULD FEED MY FAMILY AND STILL LOVED. GOD CAN DO MIRACULOUS THINGS.

I have a full finished rehearsal space with a full PA. I'm a new resident in the Crown Point/Cedar Lake area. I have more gear than I'll ever use. I have a full PA and a 4 piece drum kit with Iron Cobra Pedals. I also have a Yamaha S-90, multiple amps but again, I’m very open to doing acoustic material and I write more on acoustic than electric these days. I’ve come to the conclusion that I’d a song can hold up on an acoustic with a nice vocal, it can be done as a band.