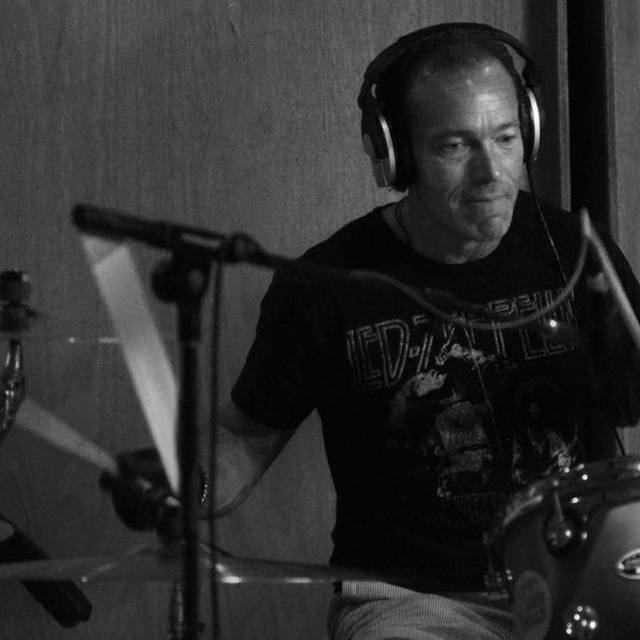 Mark began drumming in fourth grade, playing in school concert and marching bands through high school. He studied drums with Marv Dahlgren, who was then the first chair percussionist with the Minnesota Symphony Orchestra, for several years.
While a senior in high school, He joined his first rock and roll band, performing with bands such as The Numbers, The Hightops, Wen Bodine, Inside Out, among others, playing at various clubs throughout the upper Midwest, including First Avenue, 7th Street Entry, The Union Bar, The Cabooze, Bunkers, Norma Jeans, The Medina Ballroom, and many other venues. His bands played gig bills with the likes of Lamont Cranston, The Suburbs, The Replacements, Sussman Lawrence, The Bee’s Knees, The Flamin’ Ohs, Chamelion, and many more.
Mark has been with Capital Sons since 2012, and recorded their third album with the band in 2013. He enjoys a wide range of musical styles, and has experience playing rock / top 40, creating original music, rockabilly, country and even swing. He enjoys the energy of a live crowd, and performing live shows.