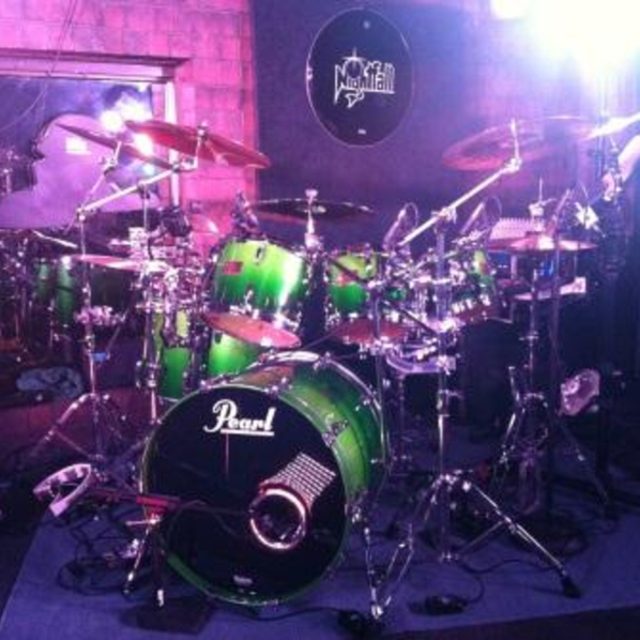 Just hit 56 and still Rockin'! I had 2 bands going for a while but am now down to none. Looking to play out once month on average. Love to play anything from the Beatles to Zeppelin, to The Foo Fighters to Green Day and everything in between! Contact me directly at daebado at g mail dot com or text me at nine one three - two four four - two three four four.

All the classic rockers; Bonham, Moon, Mitchell, Gadd, Peart, Palmer, Baker, Bruford, etc... and some newer (as in 90's and newer!) ones like Taylor Hawkins, Chad Smith. Also, Johnnie Rabb, Thomas Lang, Bennie Greb. Joe Morello is way up there on the list as well. I'm pretty much influenced in some way, shape or form by anyone I hear.

I have a custom Mapex kit that I converted to an electronic kit and uses a mix of Roland, 2Box and Yamaha electronics (not the kit in the videos. That is an older e-kit.)
I also have a complete Pearl Masters Custom acoustic kit in Emerald Fade (also not in the videos!).
You choose what fits your band best. I love playing them both! You can see both kits in the photos section on this web page.

I also have practice space with PA and some of my own lighting.