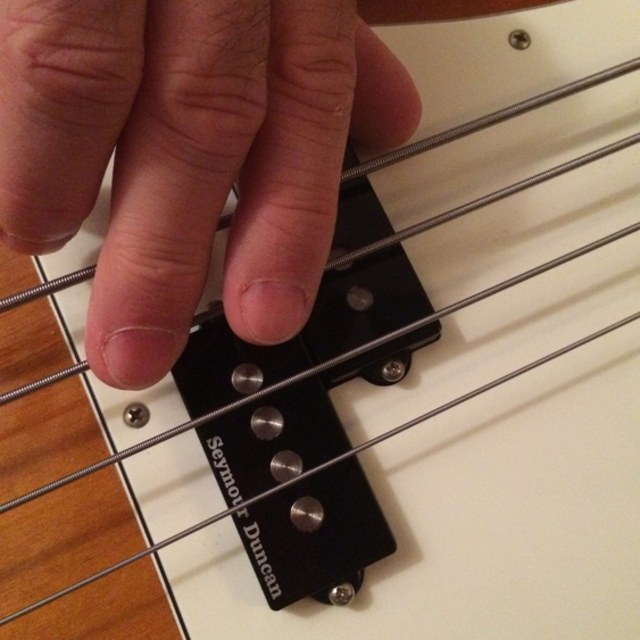 I like to lay down the groove with the drummer that holds a tight beat allowing the other band members to more easily do their thing, to make the audience cheer for more.