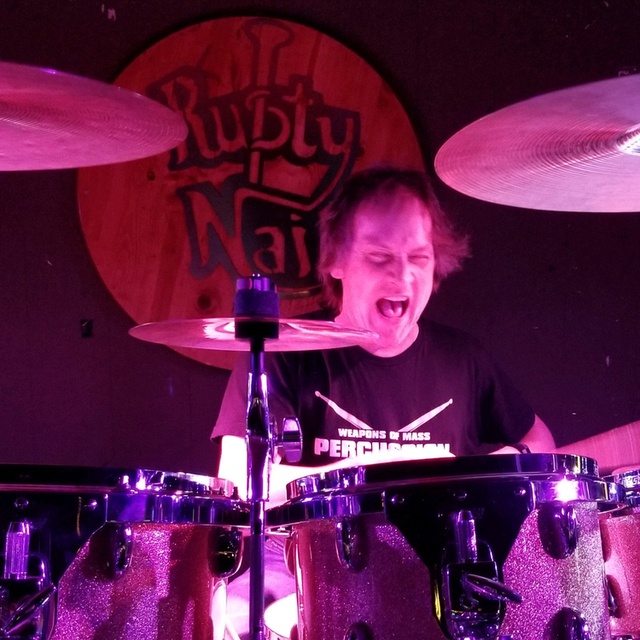 Mark grew up as a young boy beating on pots & pans with wooden soup spoons. In his teen years played with high school mates at dances and parties and went on to ply local clubs and bars. Mark has been with many local bands and studio recordings through the years. His rock roots and musically discipline attitude have developed him in to a steady and versatile drummer. You will notice when you seen and hear the band play live as he will balance laying down the groove and lighting up the fills. Less is less and more is really more!
Band History: Fuze, Zooster, Prophet, Lady Jane, Look Out, Qui II, Teen Angels, Duffy King, Greg Stryker, Rock Exchange, Troubled Boyz/Highway Junkies, Moonpie Fontana, Motor City Snakes, Tall Cool One, Paranormal Sister, Off The Cuff, AJ Kish Band