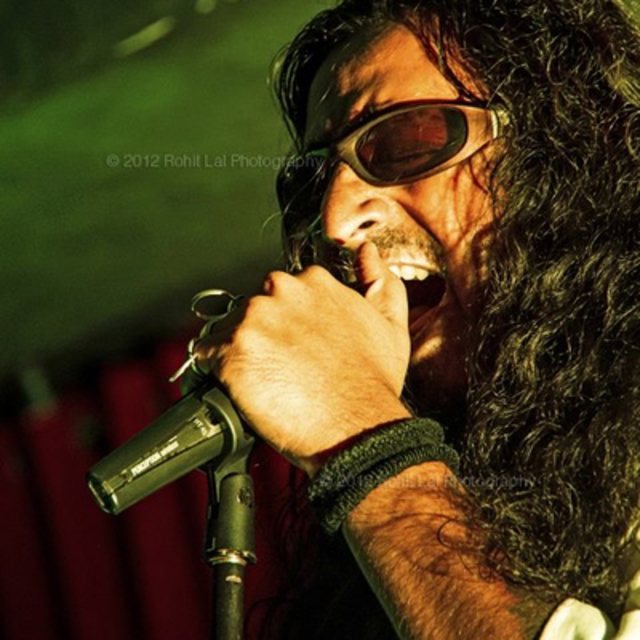 Sujit Kumar also known as MARKUJITSU is a Rock Vocalist originally from Mumbai, India. Currently involved with 2 active projects, one based out of Virginia (White Smoke- Hard Rock/ Metal) and the other out of Maryland (DOSAGE - Classic Rock / Hard Rock), here is a vocalist ALWAYS LOOKING FOR MORE.
While back in India, his band OVERHUNG which has just recently released their EP titled Extended 4Play is currently in the studios getting their much awaited album ready for a 2014 launch. Meanhile, Sujit has been wowing audiences in the US with his powerful and versatile vocals and his High energy stage act.
A musician who has for long been shuttling between between Mumbai and Delhi, performing with various bands and musicians in both cities and around the country, has now taken it across countries and continents, and recently had a two page article on him in the WORLDWIDE TALENT MAGAZINE (A U.S. Publication). He also recently won Shockwave Magazine's "Local Artist of the Year 2013' in Baltimore, Maryland.
Having grown up on a heavy dose of Classic Rock, his influences range from Robert Plant and Ian Gillian to Axl Rose, Jim Morrison and also one of Indias finest Rock Vocalists Suraj Jagan.
Known for his highly energetic and crowd Captivating Live performances, Sujit has been thrilling audiences all over the country for the last decade. With powerful vocals and a crazy stage act, his live gigs are surely one hell of an entertainment package.
Current Active Bands include :
Overhung (Mumbai, India) .overhung.co
White Smoke (Washington D.C., U.S.A) ./whitesmokemetal
Dosage (Maryland, U.S.A.) ://./dosagerocks
and quite a few more Solo projects with awesome artistes from all over the world.

Having grown up on a heavy dose of Classic Rock, influences range from Robert Plant and Ian Gillian to Axl Rose, Jim Morrison and also one of Indias finest Rock Vocalists Suraj Jagan.