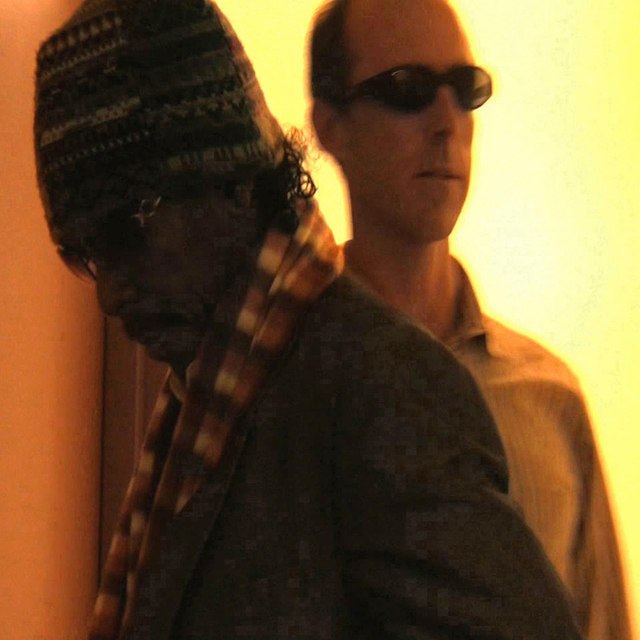 When we find the RIGHT DRUMMER we should be at the top of the food chain musically (groove, writing, playing, originality) and will continue our career march (Actually, we haven't even paused). We are descended from Pavement, Minutemen, Mike Watt, Zappa, Primus. But, I love Bob Dylan, Jackson Browne, Steely Dan and I am not looking to wallow in obscurity-I want this to continue to grow and get BIG.

I tried out for the RHCP, I've been Featured on Mike Watt's Show. I won the top Guitar Award at Berklee. I am a protege of one of the top jazz musicians of all time. I circulate with the TOP Studio players from the last 30 years and best Guitar Players and teachers in town (MI, USC, Fullerton, SAMO) as a long time member of Terry Carter's Wire Choir. No, I don't think I'm great. I suffer from the same self doubt we all do.

Looking for a drummer or a core of drummers to take the thing to THE NEXT LEVEL. We have pro recordings, a music documentary coming, and shows. We have material/charts (but you don't have to be a reader) and access to the Best Recording Gear. We are drug free.

YOU: groove. Learn intricate parts. Be cool. We are open to having a bandmate or several drummers who contribute.

I have all original material-very cool songs. Kind of Eternal Triangle (my old band) like. You can check them on (I know, how 2003 of me). Like Pavement. Someone said we are reminiscent of The Minutemen. Some of it is kind of Pop-in a that Pavement/Minutemen way-as opposed to pop like Lady Gaga. The lyrics are great, and some of the stuff is funny. Steely Dan influence too. Some sophistication.

So, on the minus side, looking for someone to be part of a band with people who are older and balding and not paying you.

On the plus side:

-Really Cool Material
-Material that really features the drums and is fun to play and a good challenge, not mindless
-No Egos or weirdness
-No major commitment needed as we are now rehearsing only once a week and we have some other guys so even once or twice a month would work
-Award winning guitarist/award winning filmmaker fronting the band, so there will be a film and an internet presence.
-The rest of the band is in place and really good
-Very high level of musicianship
-I have charts and scratch recordings and video to learn the songs from so we can be up and running right away
-I have recording capabilities and the keyboard player basically runs KORG and is extremely capable with his own studio
-The bass player has a company doing visual effects for film
-Connection to all of the people I know, including in the jazz world
-This band will go somewhere

If you don't know anybody, I'll bet you know somebody who knows somebody-perhaps someone you know teaches and has that student that is 25 years old and plays their ass off and is hungry to cut their teeth in something like this.

Steve Blasini, Bass. Me. You.

Good guitars and Basses and Amplifiers. We have a space we use to rehearse with a drumset. You bring snare and cympals.