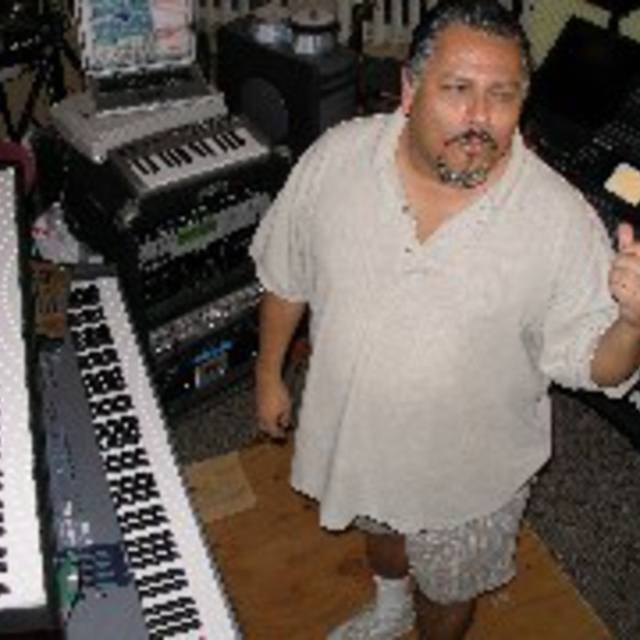 An Award Winning Composer(Los Angeles Music Awards Best Jazz Album and Best Lounge Artist 2006), since 1978, Max embraces all styles of music with a keen instinct for the nuances of each genre he excels in. At the age of nine, he performed with choirs, in musicals and plays, taught himself how to read and write music by the time he was 13, and by age 14 he worked professionally playing trumpet in horn sections of bands all over L.A. and bass with members of punk band Verbal Abuse, whom Rodney Bingenheimer loved He also played with Black Flag members Sam and Henry and met and hung out with The Doors Ray Manzarek and John Doe of X and others at the Whiskey Agogo. He is somewhere in the mosh pit shots from Penelope Spheeris' "Decline of Western Civilization- The Punk Years". In 1984, Jim the Poorman and Swedish Eagel played his demo tape on KROQ when it was easier to give cool DJs your band's tape without needing to sign a mile of legal stuff! Legendary giant Doc Severinsen was amazed and encouraged him to pursue music. Upon having looked over Max's first orchestral jazz arrangement for Big Band, it astounded him that Max was only sixteen when he wrote it! With further training from some of the leading jazz educators/studiomen in Los Angeles, Max went on to play and study with Gary Foster, Clare Fischer, Alan Broadbent, Bobby Bradford, Freddie Hubbard, and even wrote for the Count Basie orchestra! Dick Grove School of Music and Berklee Music Institute taught him greatly the art of writing/arranging and recording engineering respectfully, and Max was among the first pioneers in MIDI and electronic music. In 1982, He joined a group of excellent musicians and called themselves "Water Colours", playing in all the Jazz venues of the day. His performance strengths are trumpet, voice, keyboards, guitar, bass - and the studio, of course. An internship at Group IV Reording Studios led to working on "Who Framed Roger Rabbit", The Abyss, and Back To The Future Pt 3 among many more sessions including Will Smith, Sly&Robbie, Joe Pass, Ray Brown, and Jon Hassell's Grammy nominated "Cityscapes". He has also performed with Oingo Boingo members, Mel E Mel&Whipple Whip(Grand Master Flash), The Jazz Crusaders' Stix Hooper and Joe Sample, War and tower of Power sidemen, etc. The list of luminaries Max has worked with is long and accomplished. Manhattan Transfer comissioned one of his pieces. The TV show "Latin Lifestyles" currently uses one of his pieces as its theme song. The latest shows my music is on is "My Name Is Earl"(thank you Mr. Garcia!), and the Spearmint Rhino Amateur Stripper Competition on Pay-Per-View, and TV1 History Special.