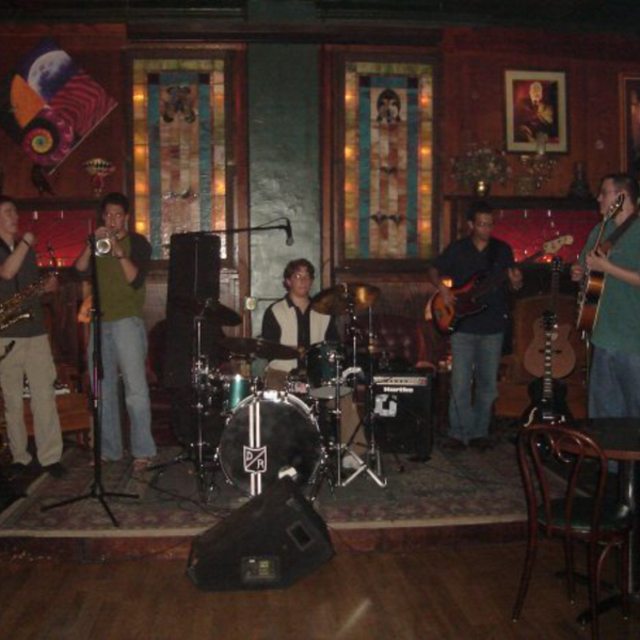 I've played jazz, pop, rock, punk, ect. I've been in several bands and played seriously since high school. I've played across the midwest, at Lincon center, the Hollywood bowl, in the Iowa State Jazz band, recorded 2 1/2 albums, played in Chicago, Miami, and elsewhere and clearly have mastered the art of name dropping and spin. I'm looking to play locally after a few years out of the scene. I play to have fun but aim for a high level of professionalism and polish in my performances.

I'm available for sessions and gigs. Email me at drestko(at)(dot)com

Everything that drifts into my transom. Lately I've been into Chevelle, Arcade Fire, Gas Light Anthem, The Von Bondies, Against Me!, Rev. Horton Heat, Rx Bandits, and Lady GaGa for reasons unknown even to me. I play and honestly listen to everything.