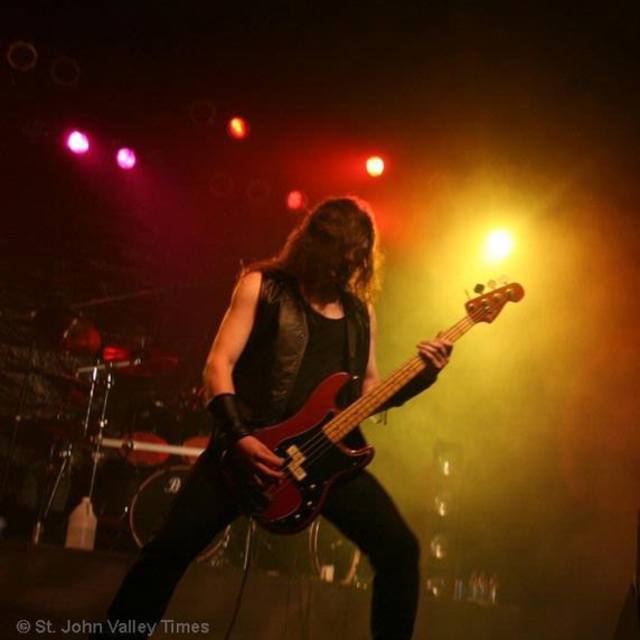 Ron has been playing the bass for a number of years and has performed with many different bands. A selftaught prodigy who has been learning his craft since the age of five. Born into a musical atmosphere he quickly adapted himself to the bass and has been excelling in the art ever since. With an obsession for music and a arsenal of basses and amplifiers and the ability to play many style's of music. He becomes a loud, rude, aggressive power bass madman when on stage, thats been rockin' the New England music scene for 20+ years now. Playing all types of venues from clubs to casino's to outdoor festivals, places like the Hard Rock cafe, Mohegan Sun to headlining the 2002 WGIR Rock101 skyshow infront of 40,000+ people and also touring Rep. of So. Korea 3 times playing for the 8th US Army troops that are stationed there and Appearing on Afkn TV and Radio, national touring and also doing live radio broadcasts. Ron has arrived to MAKE HIS MARK ON THE WORLD...or perhaps this small area between here and there. Once you have felt him play, you will never think of a bass player the same way again. In closing, I would like to thank anyone who had the time to sit down and read this Bio..