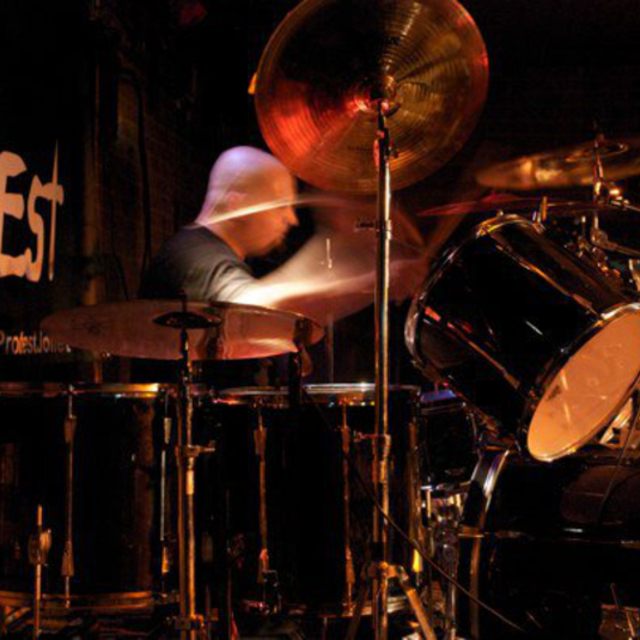 Looking for a Bassist for a Hard Rock/Metal type band, if you know anybody, have them hit me up.

'm a Metal Drummer who plays alot of power and energy. I have a very loud kick, and a powerful Double Kick. I have my own style being self-taught, but it's a blend of all my favorite drummers rolled into one. I've played in a bunch of cover bands that covered all kinda of old school bands such as Pantera, Slayer, Sepultura, Metallica, Megadeth, Maiden, and a ton more. Slayer, Sepultura, and Pantera are my 3 favorite bands to play.

I currently play in a Heavy Rock/Metal band out of Joliet called Under Protest that plays a mixture of covers and Originals. We have our own sound, but you can definitely hear our influences. We are looking for a singer.

Also play in a Thrash tribute called Covered in Thrash which covers all the greats of Thrash.

I have a 9 piece Tama kit thats about 20 years old. It's the old school set up, 4 mounted toms and 2 floor toms. It sounds great for metal.

We'll be playing Bada Brew on Theodore and Raynor in Crest Hill, Il. Show starts at 9, there's a chance I'll be performing with 2 bands that night, gonna put on a show, come be a part of it.