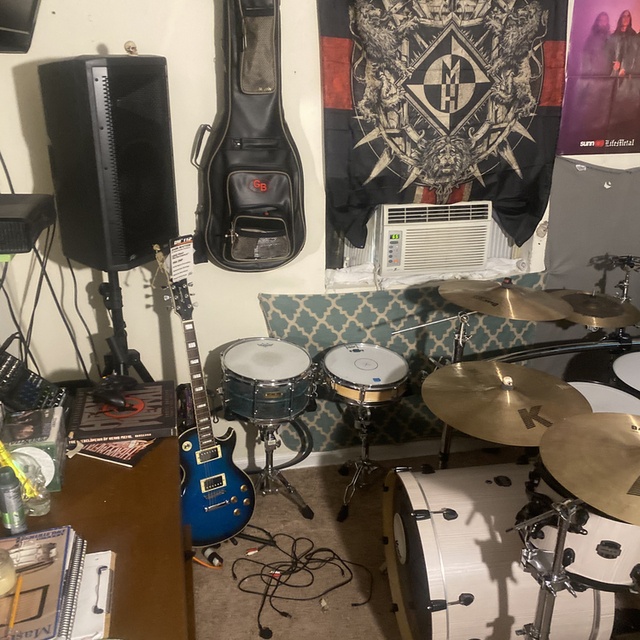 So I’m looking to either start a working 90s and 2000s rock and alternative cover band to play at local bars clubs parties weddings etc. also trying to form a Stoner a Sludge southern metal band, or fill in for a band that’s missing a heavy metal vocalist or drummer and possibly rhythm guitar. I’m very serious I’m very driven I’m on time and I have almost all of my own equipment including PA and all. What I don’t have I will go out and buy also I’m working on clearing out my spare bedroom to practice in (if needed) Or record in. I was playing with a band out of Macclenny call dead by eight but they’re on a long hiatus right now and after 2 years of waiting I decided to move on and start shopping around again. I have more experience as a vocalist than anything else because I’ve been singing since I was a kid my actual singing voice isn’t the best but I have a tiny bit of range I have quite a lot of range in my heavy metal screams growls and things of that nature, I put five years because it seem like it was an average I’ve been playing guitar often on for about eight years mostly off rather than on, And I’m a third-generation drummer on my paternal side and I really got serious with my drumming probably about 5-6!years ago and it was like riding a bicycle and The old fish in water proverb all mixed in one very fast learner and very creative very outspoken friendly giant heart and I’m willing to give it everybody and anybody a chance we can pull a band together I will find us gigs to play I promise!

I really can’t list any influences because I’m influenced by everything I listen to and everything I see in one form or another But if I had to choose between a couple here goes…Devildriver, L.O.G, Sepultera (Max & Igor), Tool, Mastodon, Vinnie Paul, 90’s & early 2000’s rock/alternative, etc.