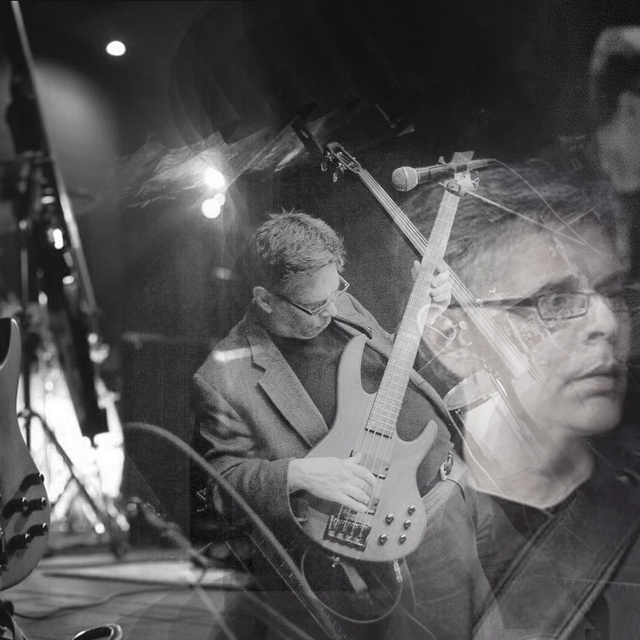 Michael hails from Camden, NJ, and the greater Philadelphia, PA and New York City areas. His musical technique, along with his defined bass chops, is deeply rooted in the rich funk styling of mid-Atlantic/east coast jazz ,rock and soul tradition.

Background/musical up-bringing:
________________
Originally a drummer who started performing with various jazz, folk and rock ensembles at an early age, Michael's interests quickly turned to string instruments. While guitar became an initial focus during his early teen years, a more honed and enthusiastic affinity toward bass began to take shape later. This fast developing talent proved to be a natural, fluid stride forward.

The knowledge and proficiency acquired over the years of performing on trap set and various percussion instruments provided keen insight and ability toward bass-playing, strengthening an already naturally-felt sense of the relationship between bass and drums. Michael's ability to lay down solid bass lines and syncopated phrasing to accompany any given drum groove pattern very quickly became second nature. Beside studying and playing acoustic upright bass (double bass), during this time, a solid slap-funk style began to surface within his playing, a technique influenced by electric players such as Stanley Clarke, Chuck Rainey, and Larry Graham. This merged with a Jaco Pastorius/Jeff Berlin technique (two other highly influential bassist) already present in Michael's playing, to create a uniquely textured style.

Influences from musical ensemble, as well as individual artists and composers, are wide ranging. They include;

Wow! And too many more to mention!

Please feel free to listen to some of my home recording projects along with some live recording in the section below.