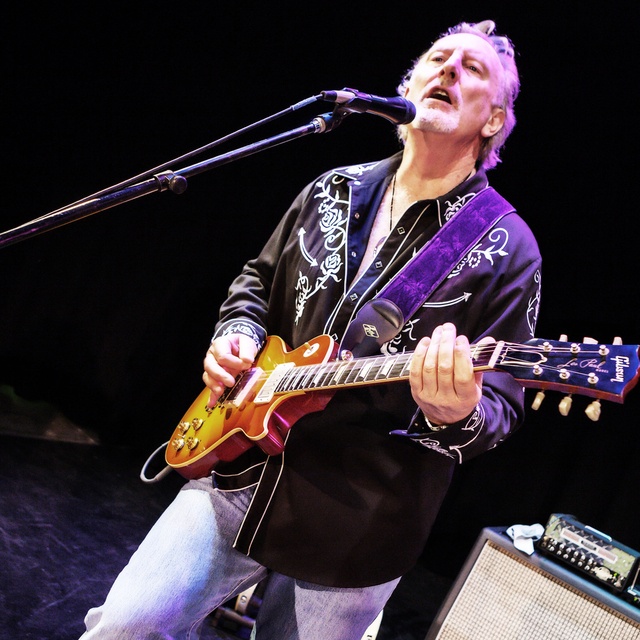 I am a rock and Americana singer and guitarist. Quite comfortable on stage or in the studio. I have a digital audio workstation and enjoy songwriting collaboration. I currently regionally tour in a band under my own flag and as acoustic electric duo with guitarist Chris Cotruvo. Two-time Emmy nominated singer, songwriter and guitarist rooted in classic and southern rock. Rolling Stone's Ben Fong-Torres described me as "a singing, picking, shredding embodiment of Americana music".
I was a voting member for the Grammy Awards, a member of the Producer and Engineering Wing of the Recording Academy, a NAMM member and I am President of StompLight, an innovative stage lighting and effect pedal manufacturer.

My most recent solo album DRIVE is an original collection of blues, modern country, rock and Americana. The title track (DRIVE) aired on radio stations in 26 countries and is available for play in the RockBand gaming space.