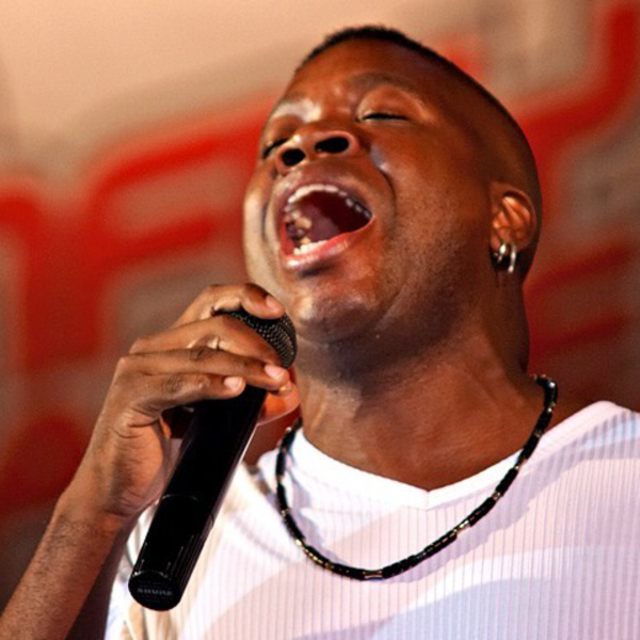 Bio
Michael Moses was born in New York City and now resides in Brookfield, Illinois. A graduate of Northern Illinois University receiving a Masters Degree in Music emphasis Education in both vocal and instrumental. His interest in music grew from the early influence of both his parents. His mother sang opera and his father was a professional gospel singer. With his true love for the audience, here is a Summary of Credits:

• Attended high school at The School of Performing Arts in New York
City.
• As a senior directed the award winning School of Performing Arts
Gospel Choir.
• Participated in many outside performance groups including All
City Band and All City Orchestra as a tuba player.
• Sang with The New York City Concert Choir.
• Attended Manhattan School of Music Prep and played in the school
orchestra and sang in the choir.
• Appeared on the popular childrens show Sesame Street as a Tuba
player.
• Attended Shenandoah College & Conservatory of Music earning a
B.A. in Jazz Performance on bass while also studying dance and
theater.
• Performed instrumentally and vocally at The National Cathedral,
The National Shrine, Madison Square Garden, Lincoln Center’s
Avery Fisher and Alice Tully Halls, Carnegie Hall and Busch
Gardens and Kings Dominion theme parks.
• Accepted to the Rome Festival Orchestra and was Associate Tuba
player with the Maryland Symphony Orchestra under the direction
of famed musician and Horn soloist Barry Tuckwell.
• Was Principal Tuba with the Danville Symphony.
• While attending the University of Illinois as a graduate student
directed a jazz band to help assist in minority recruitment to
the school of music.
• Current member of the United States Army Band Michael playing a
variety of instruments as well as performing vocally.
• Earned instructor qualification for the Army, Navy and Marine
School of Music in electric bass.
• Director of the Blessed Sacrament Youth Center Choir.
• Currently teaching beginning instruments, vocals and jazz
improvisation and jazz techniques privately.
• Awarded Chicago Area “Entertainer Challenge” 2006 Entertainer of
the Year sponsor by Suburban Nitelife Magazine.
• Winner of the World Karaoke Contest in Miami July 28th, 2006.
• Created a program performing music in schools in the Chicago
area. The program consisting of demonstration of must musical
styles both instrumentally and vocally.
• 2007 Karaoke World Championship Male U.S. National Champion and
World Silver medalist.

“Music to me is about the emotion that the crowd feels. If they’re having fun and feeling the love I am truly happy”.
Michael Andrew Moses Griffin<face-book>