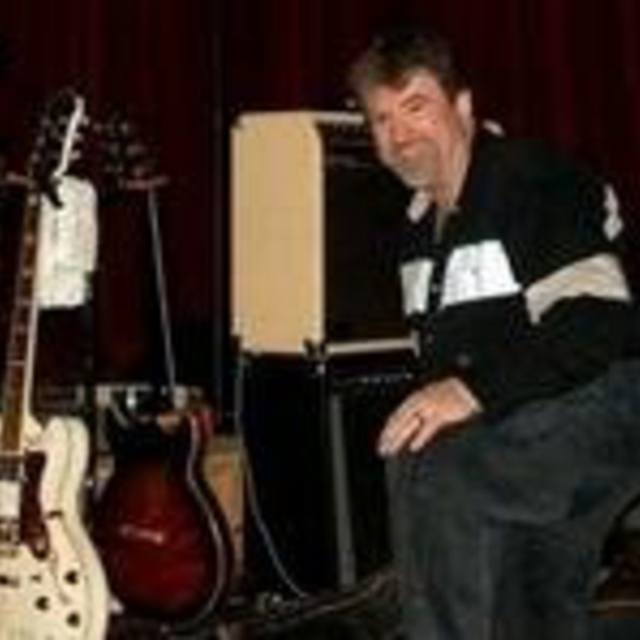 Learned to play guitar at 8 years old. Started playing for pay on week-ends at 14. Have played a wide variety of musical styles over the years and love most. I've played professionally, both on the road and locally in the Tulsa, OK area on Lead guitar, Bass guitar, and Lead or Background vocals. I am a natural baritone, but have a pretty wide vocal range. My wife, Stella and I moved to Granbury, TX in August, 2014. The songs I have loaded into the player are originals that I wrote, performed, and recorded in 1983 with a band called, "Front Page News" in Tulsa, OK. I sing the male vocals and play guitar on these tracks. Sorry for the quality; I'm looking for a cleaner copy of these to upload, and I'm going to add some newer cover tunes eventually too. I used to write a lot; but have been away from it for some time. I want to get back to writing. I don't pay for the "professional" membership, so you can't contact me through this site, but you can text me at: 9 one 8 - 8 four 5 - 8 seven 1 zero, or email: mrgreen1955 at g mail dot com. Thanks for your interest!

I have all the equipment necessary, but would rather not list it here for the less than honest folks who rip off musicians. I've been the victim of thieves more than once!