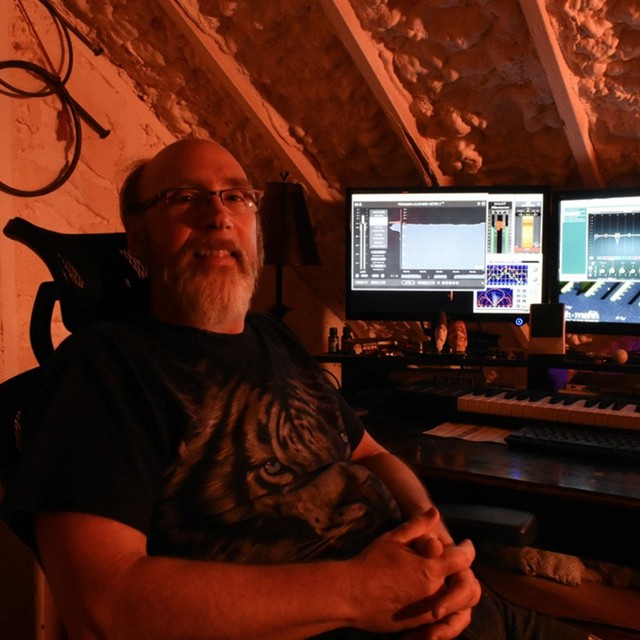 Want to put together a progressive rock project? I use that term progressive loosely since it's not really a style of music but more of a destination. Something edgy and for the times we live in that incorporates multiple styles from the past and maybe adds in something brand new also. I'm looking to collaborate with other artists who are feeling a similar pull to dredge up all the amazing music from those 1st three decades after the birth of rock and roll and take it to the next level. While fantasy has come to dominate popular music today, I think a good dose of reality mixed in would make it so much better. Too much influence from virtual reality (computers) has cut us off from what music should be about: providing us a vehicle to better connect with the actual world we're experiencing or could experience. Computers are soulless and tasteless machines but they make one hell of a creative tool when you use them properly. My focus is on composition and recording with this project and not as a live act that entertains.

Pink Floyd, Yes, Genesis, King Crimson, Bowie, Moody Blues, Steely Dan, Porcupine Tree. I also like most metal but I envision it only when it's an element of a larger composition - in other words more than exclusively just a pyrotechnic show.

Guitars, amps, extensive recording studio gear in the box. I play an Ibanez bass (my favorite live performance instrument is bass guitar). I compose most on an Ibanez nylon guitar or with keyboard at the computer. I don't have any top shelf electric guitars but I would like to.