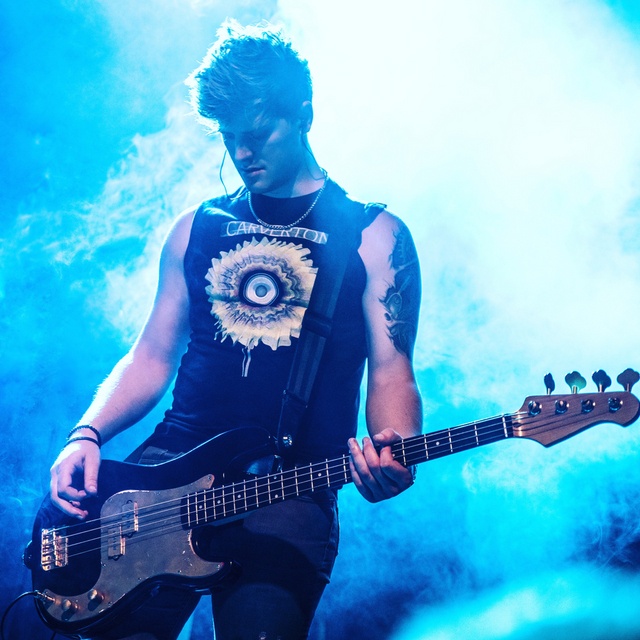 What’s up guys, I’m looking to start a project that is pop rock/ pop-punk with some anti establishment tendencies and religious experience vibes. Just getting back into the studio. More Like Me and Sing along are two of the new rough demos in progress. The rest are my old band, which are still dope and you should check out!!.

Here’s a little about what I’m doing and what I’m looking for. My name’s Michael Wiebell I am a multi instrumentalist and song writer. I used to play here in town for a band called Carverton until the untimely death of my friend and lead singer. I took a hiatus and left the city for a little and just came back to start this project.

Before that I have played in a multitude of bands around the country. I’ve played for mega churches, I’ve played music festivals, I’ve been signed, I’ve dealt with labels, marketing companies and publishers. I’ve been screwed before and I’ve had also had success taking a band from nowhere and making solid fan bases.

I have a solid business and marketing plan drafted. I have 20 completely written songs to pull from, and about 30 other verses and choruses started. I also want to build additional songs as a band.

I’m treating this as a business first and anyone I bring on is going to be an equal partner. I’m looking to build an empire and I don’t want to start off by making a hierarchy.

Although, let me make it clear I’m super into collaborating with other bands. I’m a marketing major, so for any bands reading this that want some insight. Collaboration is huge!! In just about every genre every top is artist is doing it. And no one is doing it at the local level. It benefits everyone involved to try and merge your fan bases, but everyone is just competing. Personally I’d love to work with other bands and help you develop your own marketing plans and other insights of things you can do. Like I said the competition is the top.

Guitarist- Know your instrument of course and be good at it. However, I’d rather be touring the country with a bro than an asshole that sounds like Van Halen. Just don’t expect to get away with planting your feet on stage the whole show.

Drummer- I’m looking for a metalcore hardcore drummer. Someone who can go from zero to 100 with control. Someone who’s confident with a double bass. A rock band is only as good as their drummer. Vibes.

Bass player- know how to play with a pick or finger depending on tone needed for song. Be able to chug. Don’t be afraid to experiment around the neck. Stage presence and vibes.

Singer- an extroverted, good looking pop singer. If you play guitar that’s cool, but I’d also like you to feel comfortable taking it off and walking around the stage. Ability to crowd control. Ability to scream would be a plus but not necessary

You gotta have a dominating stage presence, everyone else in the band could do their jobs perfecting and if you don’t have this ability to play your instrument without staring at the neck the whole time. it’ll kill the performance. You wanna be a professional entertainer, so you gotta be able to entertain people on top of playing.