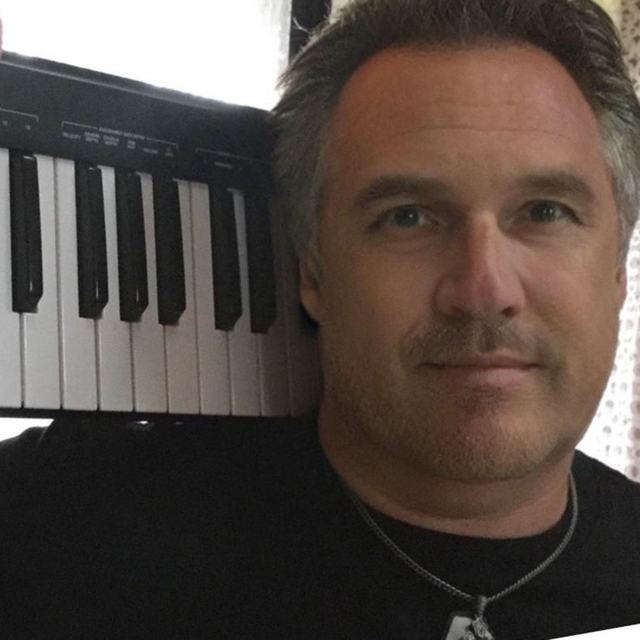 I started playing drums but became interested in playing guitar so I borrowed my sisters guitar.  After a couple of weeks of practicing I really enjoyed the guitar and made the switch over.

After a couple of years, I formed my first band. I was 16 years old and we were called Legend where I was one of the guitarist and vocalists.  We played all kinds of music and performed at neighborhood block parties and area battle of the bands.   After a couple of years, the band broke up and some of us formed about band and we mostly played in the basement and in the park districts battle of the bands.

Later, I formed a band with my neighbor called Lane Changers (we could not think of a name and there was a magnet with Lane Changers on it so we went with that name.). Here I played guitar, sang and then eventually played keyboards. This is where we started to get some gigs at the local bars and high schools.  We played the top 40 hits like, What I Like About You by the Romantics, Drive by the Cars, some REO Speedwagon, Rush, The Outfield, Journey along with other bands from the 80’s.  Lane Changers is the band that I decided to learn how to play the keys.  All the keyboard players we had or auditioned had big ego’s and our band was not about ego’s.

Then in 1995, my old drummer and I got together and started jamming in his basement and found a bass player and a guitarist the I worked with at the time named “That guy Bill”.  We played Ozzy, Pearl Jam, Rush, Zeppelin, Alice in Chains.  In this band, I played guitar and sang.

My next band was Undaunted, this was with the old guys from my prior bands.  We had a blast playing Bon Jovi, Journey, Rush, Nickleback and other great bands.  Here I played guitar, keyboards and sang.  We played a number of clubs in the Chicago area.

Up until now, I have filled in from time to time as the keyboard player with Bad Medicine the Chicago Bon Jovi Tribute band.  My old drummer has been playing with these guys since 2003.  Now, I am looking to make a comeback.  I have the skills and years of experience and I am looking to either form or join an existing band that shares by passion for music.

MacBook Pro: I control all my performances via MainStage 3 and Ableton Live 10