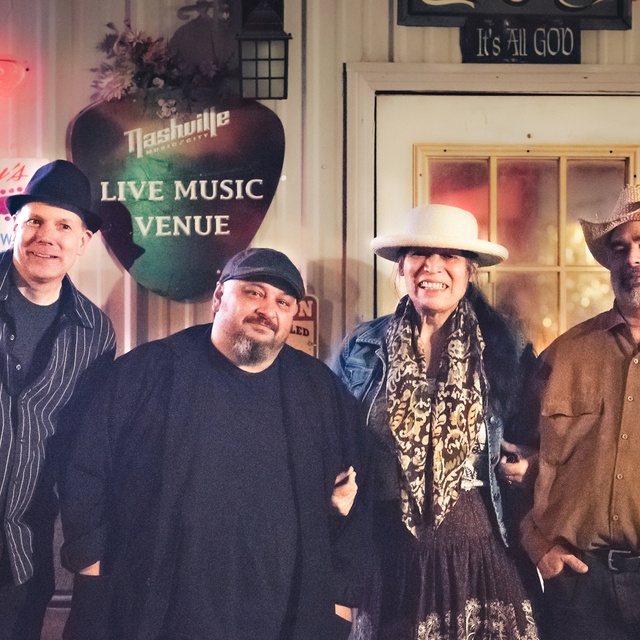 Please go to: michelle-rocking-horse dot com. If you guys can't make it out to Abiff's Pub in Bon Aqua this Saturday night then make room on your calendar for Rocking Horse Ranch Band's performance at La Plaza Mexican Restaurant in Fairview Saturday August 25th from 7pm to 10pm, we will be there making music playing a rich combination of Country, Rock, and Latin selections. Come have a Taco and a Beer and I'll dedicate something to you.

Ok music fans my band Rocking Horse Ranch is playing next Saturday August 11th starting at 8:30pm at Abiff's Pub in Bon Aqua on highway 46. All are welcome should be a lot of fun! Come on out and hear some Country and Old time rock favorites, plus a few Originals to keep you guessing. Hope to see you there!

We are on a roll...with the addition of some new members we have changed our sound, we glow, sparkle and shine now with more gigs coming in at various venues, please check Billboard where we are next...

We have enjoyed playing at Binkley's country music venue in Fairview, TN for several months and now Rocking Horse Ranch is booked at the wedding of the year in Nashville, people from east and west coast coming to this event, we are one of three bands playing four hours of pure music from the heart you can dance to.

This hot weekend in August we are playing at a legendary venue that has been a slice of real local Country fame. We will do another show that will even have the 90 year old's dancing so look forward to seeing us at Binkley's Country Music venue in Fairview,TN, whooeee

We are also booked at 2017's event of the year for Hippies! Look for the Middle Tennessee Hippie Peace Freak Music Love Fest on Face Book, we'll be on stage playing some cool hippie rock music, hope to see you there! Peace man.

Booked at the Agriculture Fair and Tour in Centerville on Saturday May 28th at 11:30am following the live Radio show. We are also booked at this years Independence Day Celebration on July 3rd, at the Fairview City Hall, come rock out with us and enjoy the music.

Ok Music fans, our last gig at the Rocktober Festival on Saturday night at Bowie State Park in Fairview was a great success, people were happy to see and hear some top quality original rock n roll underneath the stars with a nice fog and light show, what else is there?
The gig before:
We had a blast, two bands for the price of one, and everybody left feeling like a winner, especially when the equipment was all packed up. We rocked like there was no tomorrow but the neighbors complained, so we had to break it up. So my drummer starts kicking down his kit like Keith Moon, and he broke it up. It was a great ending to a wild evening, thanks everyone for coming! And congratulations to Karla Bruni who won the raffle for 10 cases of toilet paper and a gift certificate to Kuell magazine. So if you didn't get to see us this time, then please come to our next rock and soul show, you too can be a lucky winner. Ask me to keep you posted

This band has grown up in Nashville, played at many different venues, clubs, parties and weddings alike. They are well seasoned musicians who know how to back up an artist like Michelle.

Michelle was once signed with Elektra Records and grew up playing music in Hollywood clubs, meeting and playing with some very famous people before they themselves ever got uh, famous. Richard Elliot, Danny Elfman, Katie Sagal, and Brian Mann, are just a few who have played with Michelle and backed her up.

Now with her Nashville band and 4 great new albums of Classic Rock, R&B, and Country music she is playing live in the greater Nashville area. If you would like to book this band please contact Michelle at (615) 630-8936. MichelleErinMusic Thank you!

Prefer the classic writers in all genres, from folks like Bonnie Raite to Sheryl Crow, from Patti Loveless to Miranda Lambert. Or from writers like Jackson Browne to Van Morisson, from Stevie Wonder to the Funk Brother's, from Santana to the Los Lobos.