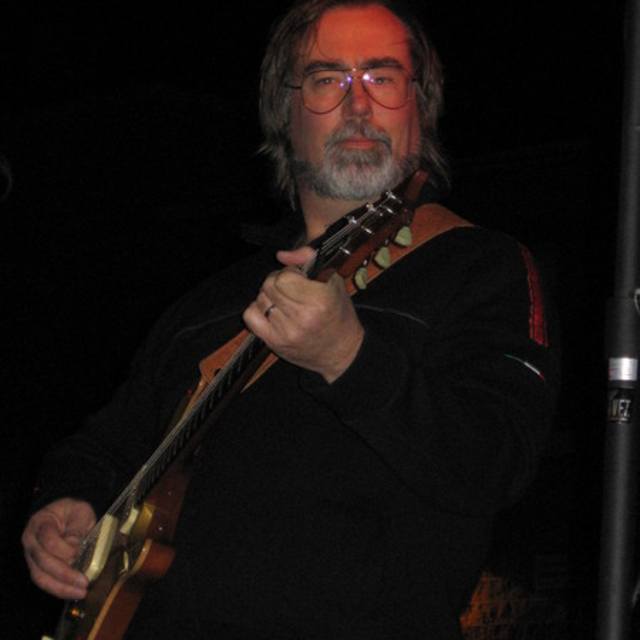 An experienced cover-band bassist and guitarist who plays about everything - rhythm, lead, slide, acoustic, 12-string, bass, and even a bit of mandolin and Irish whistle. My playing style for guitar seems to be a cross between Clapton and Santana. I also gigged playing bass for 20 years in the style of Led Zeppelin, Yes, and Rush.

I believe in hard work, doing musical homework at home, being ready at practice, practicing hard but keeping things light and communication open, and integrity at the gig. No drama, no drugs, no drunkenness. Team player.

The songs listed here are my originals. I performed all tracks (the drums were programmed), and recorded them in my home studio.

The videos listed were performed under the auspices of Rock Camp Experience (rockcampexperience), which is a fun organization that provides an opportunity for new players to come out of the bedroom/basement to perform in public, and older players to keep their hand in and play stuff they've always wanted to play, or perhaps try music styles they haven't tried before. A great group of folks.

If currently uncommitted to a band, I would be open to considering the right band opportunity. One practice a week and 2-4 giging nights a month would be ideal, usually within an hour's drive of the 494/694 loop, although I'm flexible for the right situations.

A Word In Defense of Older Players (2018)
Paul McCartney is 75. Jimi Hendrix would turn 75 this year, and Duane Allman would turn 71. Clapton, Page, Beck, Joe Walsh, and Keith Richards are all in their upper 60s or early 70s. Billy Gibbons is a youngster at 68. EVH is my age, and SRV would be a year older. No one is telling them to get off the stage because they're too old. They may not have the wild energy they had in their youth, but that has been replaced with a deeper understanding and appreciation of the music they play now. The rest of us who are older may not have had the chance to hit it big when we were young, but if we're still playing, then we too have that deeper understanding and appreciation. We grew up listening to and idolizing the names mentioned above. We have that music deep in our bones; it's made us who we are. We still feel 24 inside, despite the grey hair, and we still want to bring the freshest music we can make. If you're looking for good music more than just random primal-scream gross-motor energy, you really can't do much better than picking a player who has been breathing music for decade after decade. Give us a try!

And then the whole home studio thing using Cakewalk SONAR X3 Producer Edition, Ozone 4, and a bunch of outboard gear...