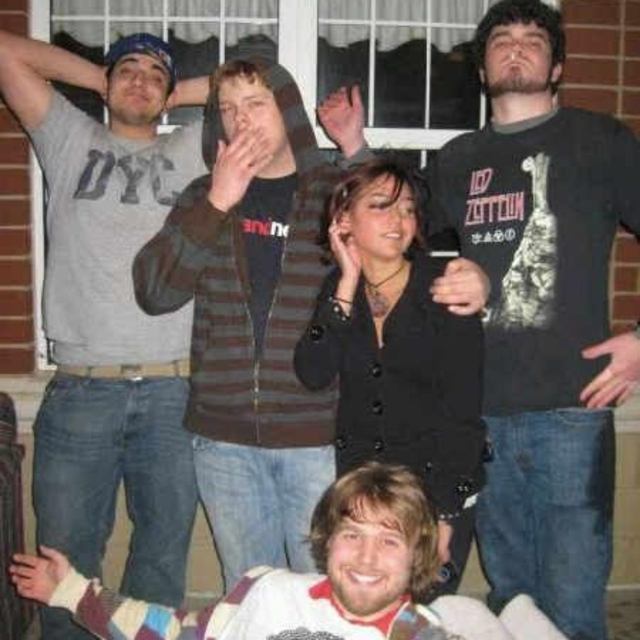 Midnight Vespers was formed in the winter of 2004 by Josh Borchardt and Jake Carman as an acoustic rock band. After developing as a Band, long time friends Patt Peterson and David Grzeslo were added on drums and bass respectively, forming the back bone of Midnight Vespers. In the fall of 2005 the band met Richelle Kamick at her previous bands last concert, and after hearing her sing, Midnight Vespers found its Vocalist. The band went right to work and put out there debut EP, “Black Suits and Samurai Swords”. Its name came from bands sense of humor and their undying commitment to not taking life too seriously. Through the years Midnight Vespers has become a regular in the Chicago music scene playing their unique form of rock, attracting audiences of all ages and backgrounds. Midnight Vespers blends modern alternative rock with folk, metal, and blues. This rock hybrid is what allows Midnight Vespers to appeal to such a large audience. The sound is always changing and evolving as its members mature in music and in life. No change was more notable than the addition of Hannah Watson on violin in the spring of 2009, and Heather Hostman on vocals. Hannah’s amazing violin playing, and Heathers vocals togather added a new depth to the current Midnight Vespers tracks that the band could never have imagined, and continues to help the band grow in the writing process, creating a unique and distinct sound, and separating themselves from the pack in an overly saturated market.

With chemistry, dedication, and creativity Midnight Vespers has positioned itself as a premier up and coming rock band, and is currently planning an east coast tour for the Summer of 2010. The only way to really comprehend what Midnight Vespers brings to the table is to attend a show and witness the chemistry and high energy rock live. With Passionate lyrics, intense guitar solos, and a stage presence that makes you jump out of your seat and into the music, Midnight Vespers is a band you don’t want to miss.

Screen name:
MidnightVespers
Member since:
Aug 10 2009
Active over 1 month ago
Level of commitment:
Touring
Years together:
5
Gigs played:
50 to 100
Tend to practice:
2-3 times per week
Available to gig:
1 night a week
Age:
32 years