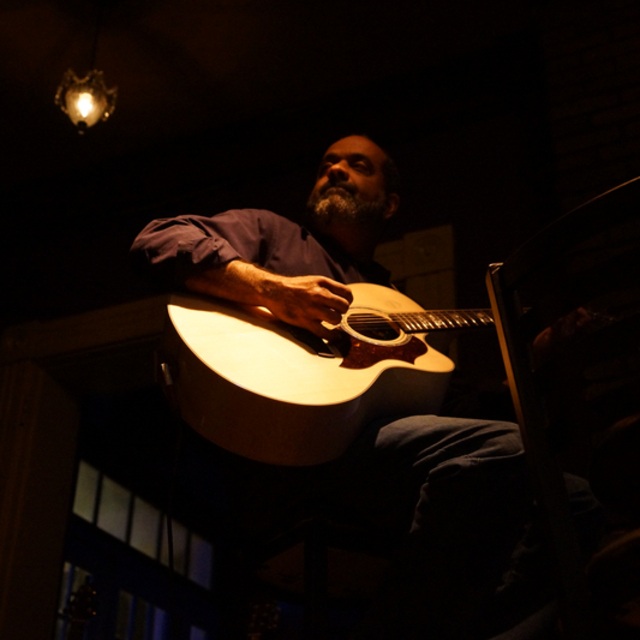 Looking for lyricist/singer for songwriting collaboration. Also, for musicians that will like and are capable of internet music recording collaboration on original songs (vocal or instrumental)

I am a self taught musician. I started playing at an early age and joined some bands in my country (Dominican Republic). We played covers of 60s, 70s & 80s rock/pop world. Spent most of the 90s and early 00s without playing. At the end of 2010 I purchased my recording console and started experimenting with original songs (intrumentals, since I cannot sing even if my life depended on it, in the smooth jazz category mainly; there are some up-tempo songs in my collection).

In 2013 I formed a singer/songwriter duo, Samantha & The Alchemist (, Reverbnation), with talented singer Samantha Carlson. I write the music, Samantha writes the lyrics. We just released our first CD, a 5-song EP titled Garden Of Shadows (Google it). As of July-2015, we have written more than 15 original songs and have more than 6 unfinished projects. We are already planning on the release of our second CD by the end of 2015. One characteristic about our music is that we refuse to join the "computerized music generation" movement. In all our songs, humans play all the instruments, except sometimes for drum beats from my keyboard. We do not use sequencers, sampling, MIDI, auto-tune, etc. Samantha's vocals sometimes are given a touch of reverb and she also does her backup vocals. All recordings, mixing and editing of the tracks are done by me in my home studio; no computer-based recording console; TASCAM 2488 NEO and now upgraded to the TASCAM DP32SD; for the mastering of our songs we use several professional studios local to the Cincinnati area.

I am looking for other musical partners that are interested in writing their own songs or instrumentals and need/want collaboration from other artists. You may contact me at mcastellanos at cinci dot rr dot com (mcastellanoscinci.rr)

You may find my entire solo music catalog here: