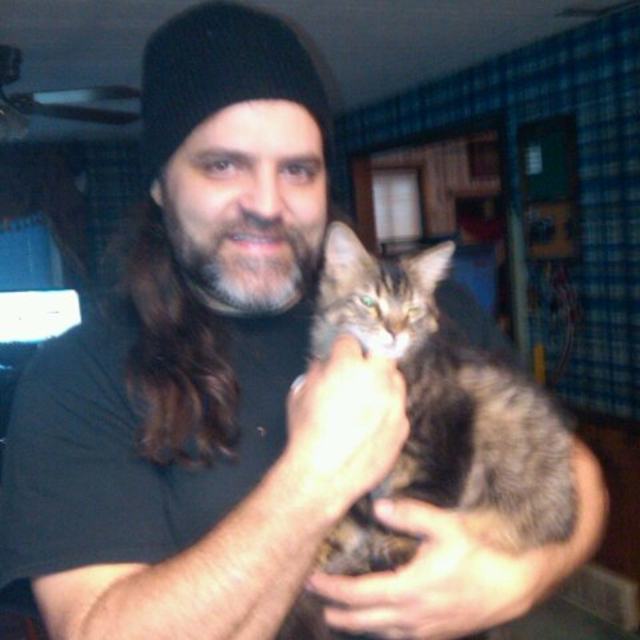 Guitarist with good chops and loads of riffs and songs.

Looking to form a band or join a band.

Original band not a cover band, not saying won't do covers, just don't want to play in bar band cover band, if that you thats great. Done that and not something I want to do again.

Would Love to from a Project or Band that does large soundscapes and ambient music look up Toska for reference, but maybe more Instruments Guitar, Keys, Bass, Vocals/Voice, Percussion/Drums, maybe some traditional Folk instruments.

Would be willing to do a band that is Symphonic Metal with preferably Female Vocals as the main Vocalist. Reference Nightwish.

Also not opposed to doing something in the vein of Carnivore, A Pale Horse Named Death, Danzig etc....

I know I am all over the place here. But to be honest anything I get involved with would be great especially if we do alot of writing, not everyone together at once (just becomes a mess of Ideas and nothing ever gets built) but get the bones together of a song and then get input from everyone. Form up partnerships and see how it starts working out.

I know with the original type of stuff you only get to play clubs once in a while, so this could be side project for people who are actively playing in another band.

And lastly a tribute band would be fun , but there are very few I would want to play in. Maybe a Type O Negative or a Danzig, would have to be interesting. No to any 80s Hair metal bands that has jumped the shark already.

Per Wiberg(check out his solo album and EP)Type O negative, Opeth (2008 and up), Danzig, BLS, Dream theater, Steeley Dan, Miles Davis(Bitches Brew), Vic Chestnut, Ben Harper, A Pale Horse Named Death, Tryptykon ,UFO(with all their guitarists),Iron Maiden as well as standard radio rock of Led Zeppelin, Rush, ect... I like loads of different stuff, mostly never on the radio type. I like classical , Jazz, Rock, Metal, Folk Metal, I even like to write pop music for fun, not really good at it , but then who is.

As you can see I like a variety of music.

Also have been rearranging a couple of Jazz/Metal songs, would love to build on that, think Jazz/Folk with a bit of a Prog/Stoner rock.

I keep a couple of guitars tuned to B (1987 Gibson V and Dean EVO)for gothic metal or just really low stuff as well as a Fenandes Bass tuned to B .

A couple of recording interfaces and computers to make that happen, as well a small variety of Mics and stands with access to more .

To sum up I have enuff gear for a great practice rig pa wise, and small gigs.

A very large PA is available along with a sound guy and crew if this starts going well, as well as a complete lighting crew. (it pays to know people , but paying people is an absolute)