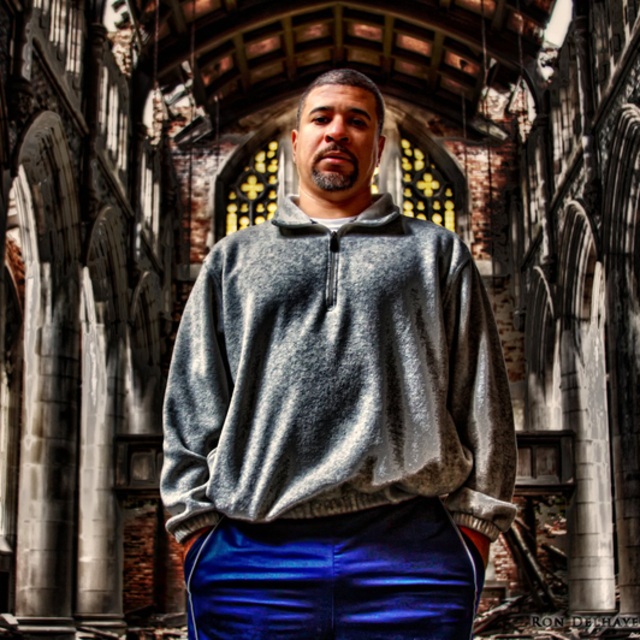 Mike Steele aka (Steeletoeboots), originally from the Caribbean island of St Thomas, moved to Chicago in the summer of 1994 and was immediately drawn to the thriving House music scene. Working at the legendary Gramaphone Records music shop for over three years, he received an invaluable education on the past, present and potential future sound of House music. It also provided the opportunity for him to experiment and fine tune his craft of mixing and EQing, as well as learn some of the skills from the worlds most talented DJ's and producers. This education has since made it possible for Mike to personally contribute to the ever-growing global House movement.

He has played at all the premier clubs in Chicago including: Shelter, Metro/Smart Bar, Red Dog, Karma and Zentra, as well as over 3 dozen other night spots throughout the windy city. When not playing at these venues, Mike's talents have allowed him the opportunity to play records in Western Europe, the Caribbean, Canada and many cities throughout the United States. Past achievements also include regular guest appearances on Chicago radio 92.7fm to help promote the underground House movement through the late night airwaves. Mike has also held a weekly residency for over three years on Chicago radio station Q101fm's Sonic Boom show, and has also been one of a select few to make regular appearances on the XM Satellite radio station The Move, XM Ch. 80.

When he is not traveling, mixing at a club, radio broadcast, or promoting upcoming events, he is usually having fun mixing vinyl and cd's in his studio or creating his own beats from a vast library of sounds and melodies. Mike has released material on his own Steeletoeboots and Lacquer Crackers Music imprints. He has also had the opportunity to work closely with Berlin based producer Jesse Rose and the UK's producer Atlantic Fusion on the More Than One LP. Released on Front Room Recordings (2006). UK DJ Yousef has also used Mike's Big Johnson's track on his 2005 mix cd for International DJ Magazines Sessions Series Vol.1.

Chicago flavored House, and dubby-funky House with a twist of Disco are just a few ways to describe Mike Steele's unique sound. His sound is constantly evolving, making each of his sets special. Mike's seamless mixing style motivates a room to a point where you think you've had enough, but then all of a sudden... there's more! Mike Steele's music is a relentless Energizer; it keeps going & going & going.

Screen name:
Mike Steele
Member since:
May 03 2011
Active over 1 month ago
Level of commitment:
Touring
Years playing music:
10
Gigs played:
10 to 50
Tend to practice:
2-3 times per week
Most available:
Nights