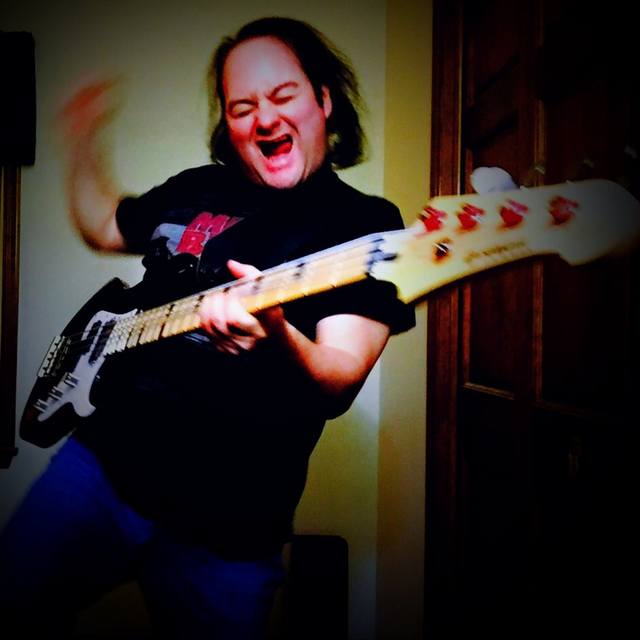 ~SERIOUS INQUIRES ONLY~
Very dedicated Bass Player, decent looking in jeans, decent hair, solid player onstage and in studio! First, grab a drink and a snack, MikeFev has been places, done things, and seen stuff, reading this bio could take a while!

The word "entertaining" goes hand in hand with the name Mike Fevola. Add to that many producing, recording, and engineering credits you'll see that he's accomplished as much as, if not more than, many national acts out today. Mikes determination, drive and love of music have given him that extra edge that puts him in a category all his own. Once you see and hear the energy he puts forth and his ability to connect with an audience, You'll realize he's a showman not to be missed.

Mike showed early signs of a musical career when he began playing the pots and pans at the age of two. By the age of five, he was bitten by the music bug and received his first drum kit and later a 3/4 classical guitar. Since then, he has worked his way through each instrument performing with a variety of acts. Throughout his career, Mike has used his talents of drumming (his original Instrument), then guitar then finally bass to record many projects ranging from Christian rock to Country and Top 40 pop material.

Michael Fevola is usually the bands self-anointed comedian formerly of Florida based Young American Showcase that produced the bands XL, Free Fare and Freedom Jam who toured across this great nation and Canada as well. Young American Showcase was a huge benefit to him because he learned a lot, as far as showmanship from them. He learned all technical aspects like live sound and lighting, keeping track of where your singer and drummer are at any given time, and to never drink the water in foreign countries, drink beer! Young American Showcase proved to be an invaluable experience for Mike. It was with this company that he fine-tuned his performance techniques and entertainment concepts while performing at least three shows a day. This was accomplished by traveling between states each week as part of a band which presented positive message assembly programs in schools, encouraging students to stay in school and to stay off of drugs. During Mike's time with Young American Showcase, he played an average of 500 shows per year which means he performed in front of a quarter million people annually!

Question: What does a music store have that I don't?
Answer: A Fire Exit!