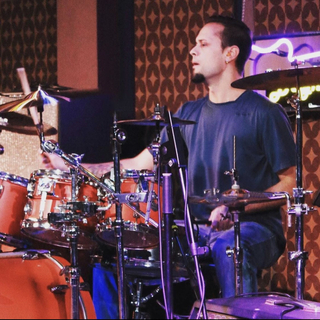 My name is Mikel Cruz. I have been playing the drums since I was 4 years old. I was in a band called Twelve O'clock Knob for about a year before they disbanded. Then started up a new band called The Naked Abstract and was with them for a few years until I had to quit to relocate to TX.I am really trying like hell to start up or join into a band with people who are as serious and dedicated as me.

If anyone is in a band and just needs someone to fill in for a show, I am a really fast learner!

I'm just waiting on the people to help me do it and help themselves. If you're good at music and you can make something out of yourself by doing it, then fu*k everything else and make it happen!

Some of my influences are FILTER, Nine Inch Nails, Tool, Stabbing Westward, Henry Rollins or the Rollins Band, Jimmie's Chicken Shack, Jane's Addiction, Deftones, Anthrax and a bunch more. All kinds of stuff

I have a PDP 8 piece drum set with all Paiste cymbals.