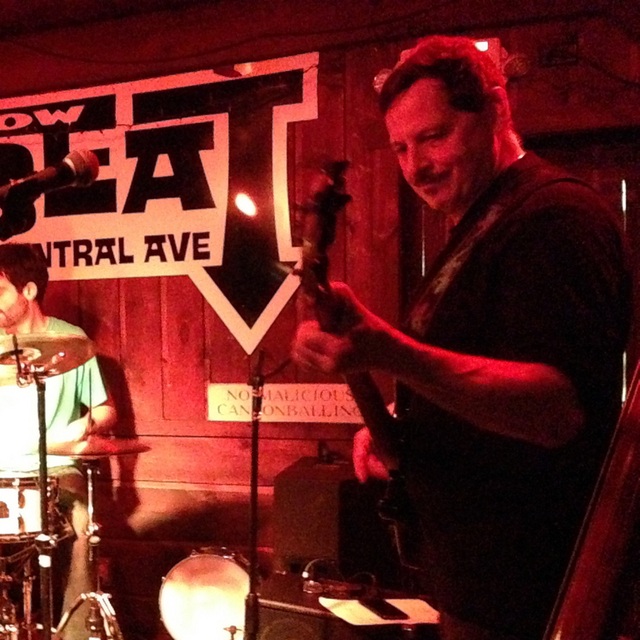 Band to Join, Drums, Other Percussion.

My pet peeve with this site is players listing every instrument they can play at any level even though they aren’t actively looking to play them in a band and every instrument they might like to play to any degree, so I get far too many hits for things I’m not looking for. I get it. As musicians we all dabble with other instruments, but I wish players would just list their primary ones that are gig worthy and ones they want to play in band with and just include the other ones in their profiles as additional info. So, if your search was for a Bass Player, in this case you actually got exactly what you searched for. Enough ranting.... You want to know about my playing.

My primary interest is Jazz of all styles. Upright on the standards and cocktail music, Electric for Smooth Jazz, Fusion, Funk, World, etc... I can also run the upright through pedals for some very interesting and progressive sounds. I know a lot of people on this site claiming to play Jazz are doing some kind of funky rock thing. That's cool, but I'm talking real jazz in the traditional sense, Fusion, and also pushing it to new limits.

Looking for an eclectic band/project that is able to play multiple genres. I definitely do not want to be in band that ONLY plays classic rock or blues, though, even if you choose to call it Jazz.

I want to pull some great musicians together and get a kick ass band going that's greater than the sum of its parts. I know the talent and will to succeed is in this area , so let's make it happen.

also...it'd be nice if I could have left my birthday off of the profile because I don't look or act anywhere near my age, so definitely don't count me out on that alone.

My schedule is flexible, so days and nights are both fine.

Multi-genre, all over the map. If it's good, I'll listen to it.

Musical influences: The Jazz greats (Bill Evans, Miles, you get the idea), The Bad Plus, Medeski, Martin, & Wood, Niacin, Scofield, and many many more.

You can hear some clips of my playing at .evo-jam

Basically, I want to push the edge musically. I'm not looking to play the same thirty or forty+ year old worn out classic rock/pop songs that are on everybody's bar band play lists, or at the very least to do them in a way to reach today's audiences. Some of the newer bands out now are incredible and are raising the bar redefining what people are expecting musically. Let's shake up this town.

My primary rig is a Glockenklang Preamp & Speaker Cabs and Crest Audio power amp. This is top notch gear suitable for any size venue.

Also have rehearsal/recording space, some recording capability, and lots of other gear.