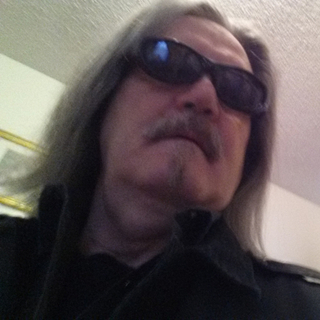 Lead guitar and bass and composition. I also tinker with electronic keyboards. Played in any number of bands over the years - mostly but not always, original.

I've written a symphonic metal musical about Z-War 1. We've 'won' this war against the zombies
but since literally everyone was involved the country faces massive PTSD / Suicides and generally wacky behavior. Veterans who want to "come down slowly" (the motto of the Q-Zone) can become citizen soldier / farmers and watch the borders (the FINAL LINE) while learning a trade. Chill pills and ammo are free. Ultimately there is a love story as two battered militia fighters try to figure how love works in peace time. First single release will be "Life in the Q-Zone - PTSD for Lovers" Time now to get some quality demos recorded.

Looking for a musical partner in the North Atlanta, Roswell GA area to complete some of the music ad help get this off the ground. Prefer classical or metal player with keyboard skills and / or guitar or strings.

Demo Recordings with female vox featuring Courtney Hamlett who also wrote 'Bruises' and played guitar on it. From the Musical: "I See My Death in Your Faces," "Q-Zone" and "Bruises"

More recently listening to a lot of Nightwish, Kamelot, Epica and various metal acts. A very real influence stylistically has been the Jeff Wayne production of War of the Worlds as a multimedia influence: s://./watch?v=-yV1IVLp2E0

Various guitars and basses. A synthesizer and the usual extras plus some entry level recording gear.

Note: Album shown above was done in my first recording band and has become to our surprise, a collector's item and a cd has been issues. A long way from there to now! Folk Rock to Metal!