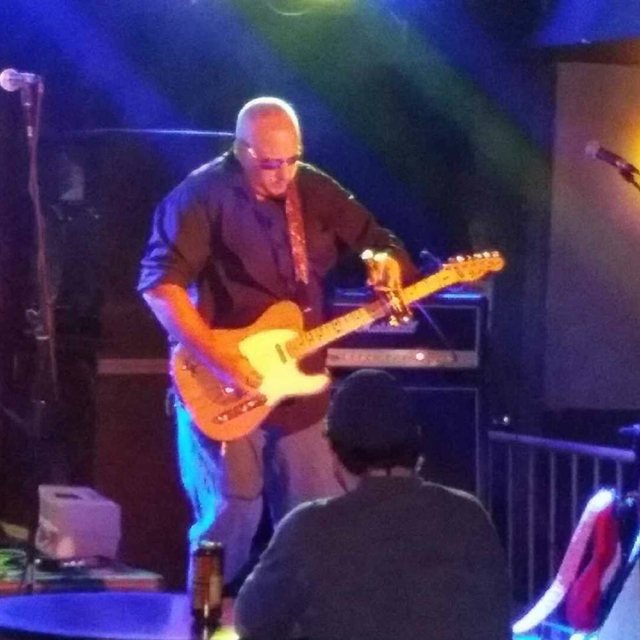 Hi! I'm Michael Argyrakis, but better known as Mikey A. I'm a longtime guitar slinger and songwriter based in the Chicago area and for more than 35 years I've been lucky enough to entertain crowds all over North America and parts beyond with a unique guitar style and dynamic stage presence. A veteran of hundreds of studio hours and thousands of gigs over the years, I've played in and/or written songs for several original rock and roll bands and also served as a "gun for hire", doing spot gigging and road work for several local and prominent blues acts. Some of the acts I've appeared and worked with, or been a full member of, include: Lonnie Brooks, Luther Allison, Byther Smith, Cliffside Drive, The Cowfrogs, The Talent Show Band, Charlie Sugar, and many many more. Up until recently, I've been contributing lead guitar and humorous anecdotes in a project with some old friends - collectively known as Söur Bruthers. I've also been writing and demoing songs with longtime collaborator Tony Alunni under the name Messengers of Style and am in the planning stages of an original blues album, but if the right situation comes along, I'll gladly contribute those songs to the cause. I currently live Cary, IL and have recently been declared a Certified Master of Stratocaster Disaster by none other than myself.

I'm not currently looking for a straight tribute or cover band, but I would definitely consider a good mixed cover/original rock band that I could write for, or a blues band. I already have a decent backlog of songs written (although they could use some lyrical upgrades).

Sooo much great music - just too much to list - everything from ABBA to ZZ Top, but Jimi Hendrix and Keith Richards do cast big shadows, as well as just about every blues player over the years.

A lot of stuff. So much stuff. A lot of Fenders, a few Gibsons, Marshalls, and other things added for color. Live, I use a Line 6 digital wireless, Marshall amps, and Ovation acoustic electrics. I also have a full Pro Tools rig and can record and send tracks.