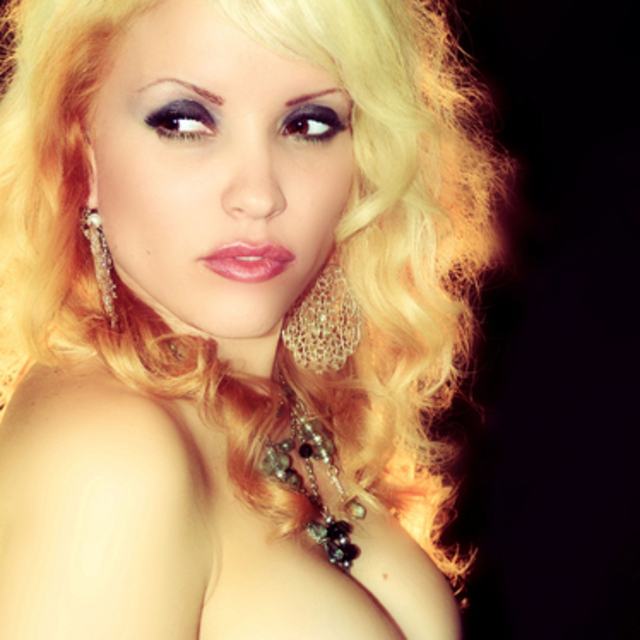 The Puerto Rican Sensation, singer /songwriter MILITZA, is from Northern/California. She is the daughter of Puerto Rican born parents who moved to the US before she was born. Her parents made it a priority to keep their traditions alive. Militza Grew up listening to traditional Puerto Rican Afro Cuban music such as ; La Lupe, Hector Lavoe, El Gran Combo, Gloria Estefan and many others. Influenced by the Latin Caribbean Sounds of as well as American Rock Bands Militza combines both of her influences in her music. You can expect moving rhythms underneath swirling guitar effects and a vocal performance unique to its own. Militza's powerfully deep sultry voice is recognized immediately and leaves a lasting impression on the listener. Militza has been singing since the age of 15. When she was 18 she joined Dalias Rising stars where she joined other teens that sang, danced and performed at any venue including County Fairs, outside events and festivals.
Militza writes music based on her life experiences, thoughts and feelings. She has never taken a formal song writting class, but she has won the respect of her piers with her well written, detail story like songs. She has written over 150 songs and has written songs and hooks for other Artist, bandas and goneras. Militza spent years singing with different groups, styles and shows. She has worked with all types of Musicians and is well known and respected for her passion. She sang back up for the Latin Rock Band The Gitanos, whom heated up concert venues in California with there blazing hot high energy shows. Their super tight musical performances made fans of the Spanish speaking and non-Spanish speaking alike. Beyond musical boundaries with an incredible flow of songs and stage presence until the group disbanded in 2008 where Jimmy Moreno, Gringo Star, and Ray Tuitavuki , have continued to work together on Militza's Solo album and as Militza's exclusive band.. The Gitanos played with such acts as, Cafe Tacuba, Paulina Rubio, Enanitos Verdes, Aterciopilados, Raul Rekow & Karl Perazzo of Santana, A.B. Quintanilla & the Kumbia Kings. Past venues include: The House of Blues in Hollywood, The Knitting Factory, B.B. Kings at Universal Studios, Anahiem Angels Stadium, U.O.P. Stadium, U.C. Santa Cruz, U.C. Stanislaus. The Gitanos worked the clubs of the San Francisco Bay Area, the Central Valley of California, making their way into the market of Southern California for years.
Militza has set out to release her debut album as a soloist with the collaboration of Mike Klooster of Smash Mouth and The Pecadores formerly known as The Gitanos. Militza has performed at many venues and has appeared on television and Radio Shows in interviews and performing her newest music. She has performed at County Fairs, Plaza Mexico, The World Famous Whiskey A GOGO in Hollywood, Univision, Telefutura, Estrella TV, TV Azteca, Telemundo, Las Vegas and at many clubs/venues all over the Bay Area, Etc..
Her passion and love for her music show in every performance. She does not limit herself to what most see as typical traditional Latin music but yet incorporates her Latin Roots with Rock /POP to create a sound and style all her own.. She has been Nominated by the L.A. Music Awards for Best international artist of the year and also won an award a TV Azteca TV/Radio Awards for Mejor Talento del momento 2010, she recieved runner up for songwriter of the year 2010 and also has certificates for songwriting from Billboard.
She is heating up concert venues with her energetic shows. Her tight musical performances make fans of the Spanish speaking and non-Spanish speaking alike embrace her music. She has an incredible flow of songs and stage presence. She has developed a style and presentation spearheading the next wave of Latin Rock.. She is a MUST SEE!

Must have own Equipment