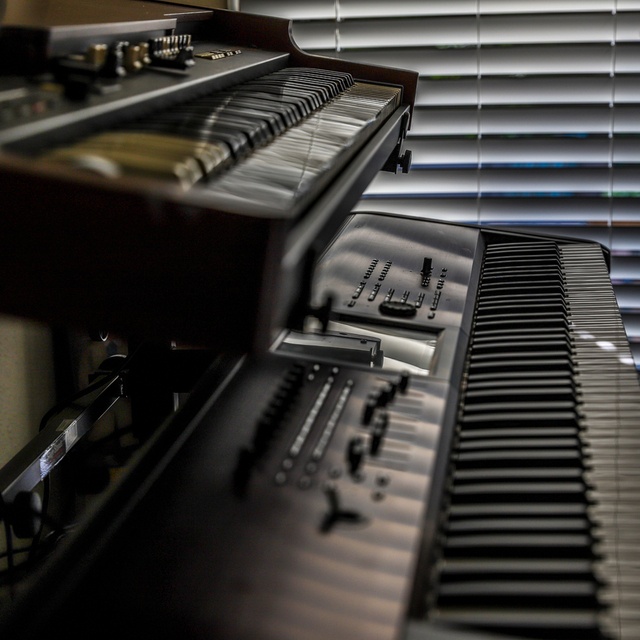 As Monte Python once said, “And now for something completely different…”

I’m looking for just that. Done are the hundreds of gigs carrying my heavy keyboard rigs to clubs and venues. It is time to concentrate on songwriting and recording only with a little bit of streamed live performances thrown in for good measure. I have had the pleasure of playing with excellent bands who opened for many national touring acts. Played most of the clubs in the Bay Area (Sweetwater, Slims, Great American Music Hall, New Georges, The Stone (Unfortunately!) etc) and recorded in many of the great studios in the area (Studio D, Hyde Street, The Automatt and Prarie Sun Recording).

Recently retired I can now focus on playing and recording engineering. I’m not looking to tour although the occasional fun gig wouldn’t be out of the question. I’m looking for other singer songwriters to work with. Keyboardist to collaborate with and percussionist who aren’t put off by playing an electronic kit. I record with Motu Digital Performer (have used them since the 80’s), Native Instruments products along with Roland and Korg devices.

On another note I’m pursuing the internet streaming side of the house to share original music with the rest of the world. Something along the lines of the fine work Richie Castellano is doing with Band Geek (s://./channel/UCEKSACqYwBf1jbH4LnyMXeA) via OBS and Wirecast.

My apologies in advance however I’m not looking to join a tribute, cover or wedding band. All noble ventures but just not my cup of tea!

Thank you for reading!