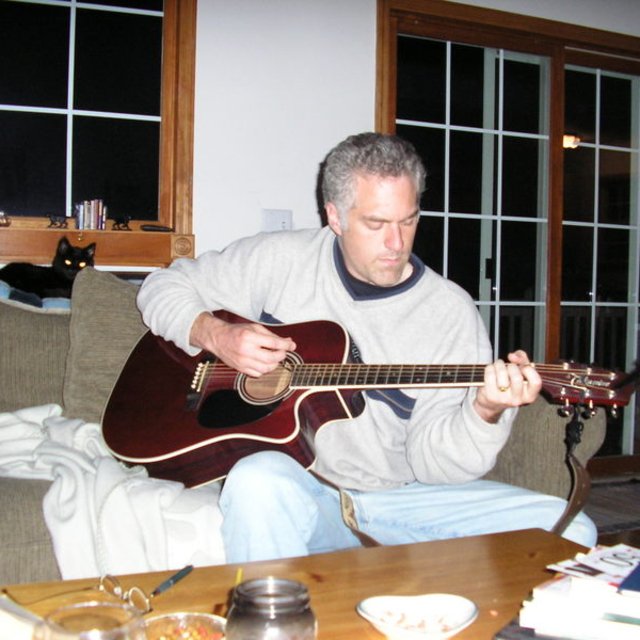 Acoustic/rhythm guitarist /keyboardist/lead vocalist looking to join/form rock/celtic rock band. Playing primarily as a solo act but also as either a guitarist/keyboardist for classic, country, alternative bands I have honed myself into a confident musician. I don't really play lead, but I am a fluent rhythm guitarist/fingerstylist on acoustic, have a great ear/feel, and can belt like Paul McCartney in his prime - vocals and harmonies can set a band apart in my opinion. I am friendly but extremely disciplined and learn material quickly. I think it's important to nail material to the last note for the sake of a high quality performance. I know I could be part of something very special and would be willing to tour if things got interesting.

From the beatles outward in many directions. I like rootsy stuff like guster and jam style music like govt mule; funky stuff like Buckwheat Zydeco and innovative stuff like Elvis Costello. Like most people, influences are too numerous to list - I'm openminded. I would like to do a blend of many styles of music playing a mix of originals and some adapted covers for fun. The song I've included presents a mellower side of both my voice and music, BUT edgy musicians should not be discouraged. As I said I'm very openminded. The only music I'm not into playing - though I like listening to some of it - is metal/core stuff.

The Takamine pictured is my baby. Have all my own equipment including a basic pa setup but lack rehearsal space.

With ds168 - a smooth jazz band that I play keys with.