Muck and the Mires + Band in Boston, MA 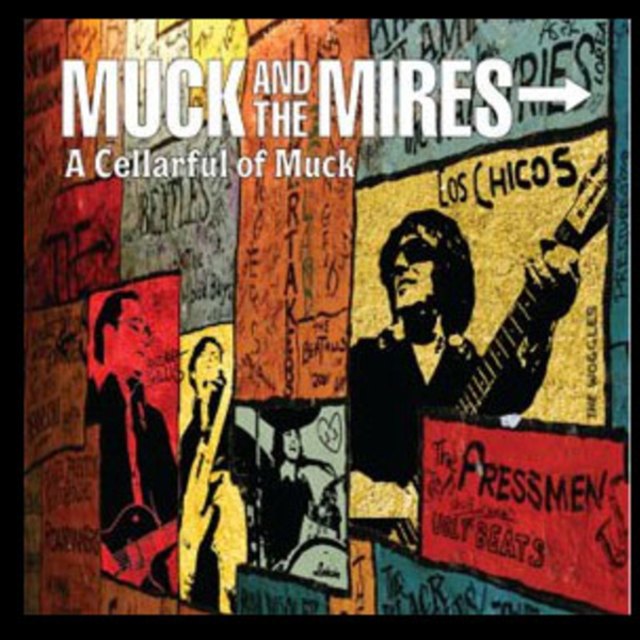 MUCK AND THE MIRES hail from NEW England, yet features a distinctly 1960's England sound and songwriting style. Legendary Runaways producer KIM FOWLEY (who also produced several of the group's tracks), describes them as “The 1964 Beatles Meets The Ramones”.

On their latest release, A CELLARFUL OF MUCK, the group has teamed with producer Jim Diamond (White Stripes) at his famed all-analog Ghetto Recorders Studio in Detroit, Michigan. The resulting 13 tracks feature high energy Detroit grit combined with some of the catchiest tunes to hit magnetic tape in literally decades.

MUCK AND THE MIRES have built an incredibly successful career over the past decade. After gaining national attention as the winners of Little Steven Van Zandt’s battle of the garage bands on MTV, the band was signed to Dionysus Records before setting up shop with Dirty Water records (London), producing several albums now considered "garage rock" classics.

Along the way, the group has had the opportunity to perform/tour around the globe with many of their heroes; in Europe with The MC5 and Kinks front man Ray Davies, and in the USA with The NY Dolls, The Bay City Rollers, Pete Best (The Beatles) Bo Diddley and DIck Dale.

LP Test pressings of A CELLARFUL OF MUCK have already charted in Spain, and initial responses indicate that this may be Muck's finest release to date, proving that they haven't grown up, they have just gotten better at what they do, pumping life into the genre that so many others have managed to run into the ground.
info [at] muckandthemires

Screen name:
Muck and the Mires
Member since:
Jul 26 2011
Active over 1 month ago
Level of commitment:
Touring
Years together:
10
Gigs played:
Over 100
Tend to practice:
1 time per week
Available to gig:
2-3 nights a week
Age:
47 years