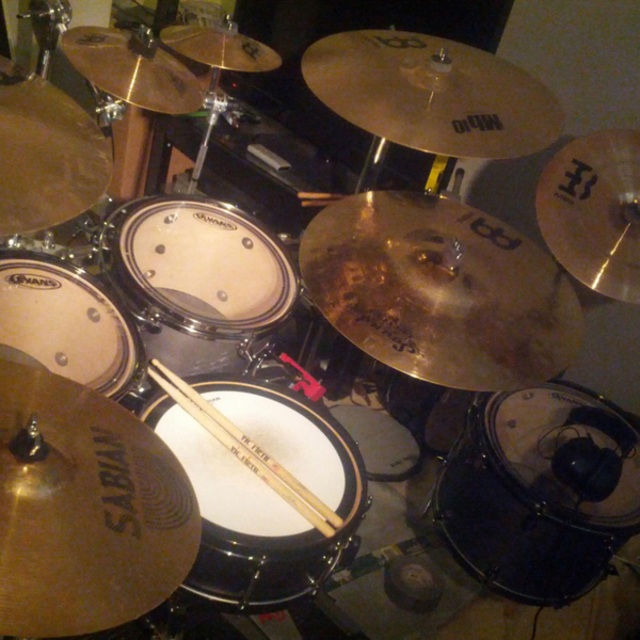 My main gig is Permafrost first and foremost..

Been playing about 5 years, give or take. About 2 seriously. I'm really interested in finding some musicians to play with, but particularly ones interested in similar things. Currently, I really only want to focus on trying to make original stuff in the realm of extreme music. Black, Death, Grind, stuff like that..but I really would like to do a straight Hardcore project in vein of Comeback Kid and all that kind of stuff..not tough guy, just..real, or something like Cult of Luna/post hardcoreish vibe. Just would be cool to meet someone with similar influences.

However..I am really open to the idea of playing something more ambient/chill out kind of stuff like Elsiane/Portishead, etc. So..if you're into something like that too..who knows! Maybe even something more noisy like Lightning Bolt..or kind of drum and bass inspired stuff. Who knows man..I just want to do something unique!

Committed people are ideal. I've run into a lot of people who just aren't particularly versed in their instrument..and while I'm not looking for an expert by any means, I really think that anyone I play with should have the absolute basics down and be able to strum (for example) in time and such. Be you, that's the most important thing.

Gorod, Malignancy, Darkthrone, Mor Dagor, Negator, Feastem, Napalm Death, The Body, Older Mastodon, Blonde Redhead, Muffler (D&B), Netsky, Jojo Mayer, John Longstreth, Jamie St. Merat, Rosetta, Poison The Well, etc. Honestly everything influences me in some way, though with playing metal as a main thing, those influences will probably show more than others. I don't like to think of myself as being completely isolated to that though and try to incorporate ideas that may not necessarily be as "straight," as some other metal bands.