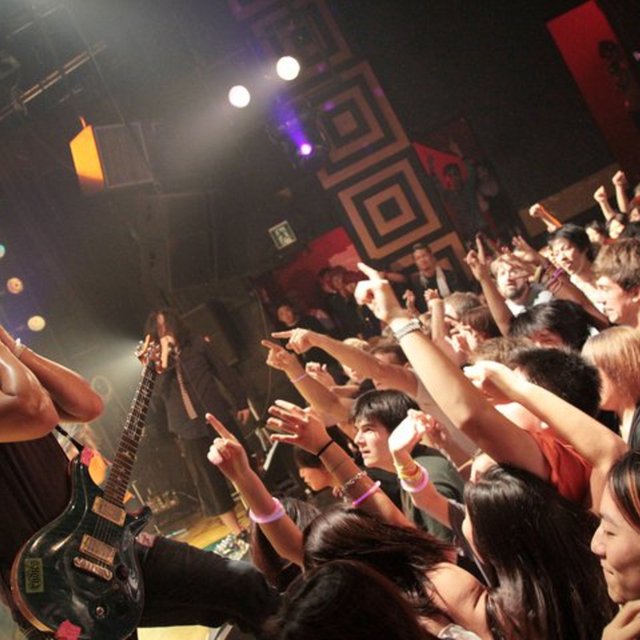 Quick Facts
- Looking for a Drummer, Bassist, and Keyboardist
- Looking to play rock with blues/hip-hop/heavy-rock/pop edges. Overall I am open to all kinds of music but want to play music that gets people up and moving and can be accessible to parties, bars, and legitimate clubs.
- Looking for committed, skilled, chill, musicians that are willing to make smart choices to build band that is both productive and fun without being extremely taxing on time or money!
- I have played guitar, sang, written songs for 15 years
- Have released 7 CDs

Backstory:
I have been playing bands for 15 years now, and it has become an important part of my life. I have also been in many great bands that have folded simply because we moved too fast and too furiously. At this point in my life, I am looking for a few great, chill, friendly, smart, musicians that are willing to put in the work over at a good pace to gain some real recognition locally, and take things further if it comes to that. My day job is being a teacher, and I am very interested in creating positive music that can make the world a better place.

Papersky (2006 - 2011)
I have played in 4 bands now, one of which was extremely serious in Tokyo, Japan called Papersky. I gigged in Japan for a while in my early 20s in a serious rock band, and found some great success. We played at many or largest clubs in downtown Tokyo and won a contest early on that let us play at Summer Sonic, one of the largest summer festivals in Japan with regular acts like Linkin Park, Nine In Nails, and Jay Z. Yet, this band band broke up because we pushed ourselves too hard.

Chase Society (2011)
After Papersky broke up I moved to Boston. I was hungering to continue music so a started a solo project called Chase Society - rock eletronica. I wrote, recorded, and produced everything on the EP, played a show back in Tokyo, and created 3 music videos for that project.

Educate The Antidote (2011 - 2015)
Through Chase Society, I was able to create my most recent band, Educate the Antidote - a hip hop/rock band. We payed in Boston for the past 4 years and found great local success. The highlight for us was opening for Slick Rick! I also played in folk rock band for a year in Boston that was more for fun, but I enjoyed playing this type of music as well.

Looking for new band! (2016)
This July, I moved to California and I have been unable to find anyone to jam with. I am looking for people to show me the ropes out here, but I can rock out! I am a good rock singer that loves to take guitar solos and bring energy and charisma to the stage.

I really do love all kinds of music from death metal, to jazz, to classical, to emo, to good old rock, but am currently hoping to start a band that gig out and get people having fun and dancing, while still rocking pretty hard and not scaring everyone away. I would love to be able to gig out in the bay area and be a band that people want to come play at their parties, but are still offering something more interesting than your typical house band. Depending on who ends up in the band, I am up for tasting all kinds of genres and techniques under the main banner as a rock band. I have gone through many phases, but have recently been into blues rock a bit.

I am still new to the Bay Area and am looking for a studio to Jam in. If things go legit, I would definitely consider investing in a PA system as well.