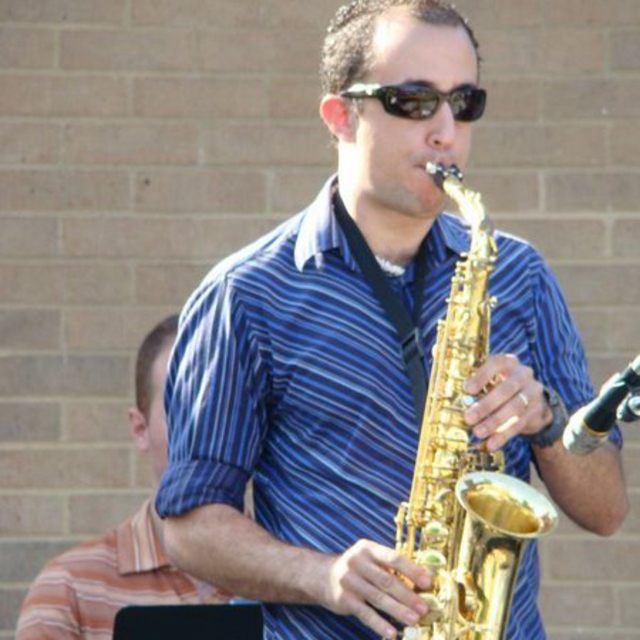 Born in 1985 in Brazil, Neander was exposed to different styles of music
since a very early age. His mother is a accomplished Christian-erudite
singer, who performed in several different cities in Brazil. At the same
time, growing up in Brazil, he was richly inspired by the legacy of great
Bossa Nova, Samba, Choro, and Axe musicians who played everywhere in Brazil.
You can hear those influences when Neander is performing nowadays.
Neander was performing music in church since a very early age. He
started to play Trumpet at age 6, while taking trumpet and piano lessons, he
started performing at church with a small ensemble. He developed an amazing
ear for Music, and could learn and play almost any song after just listening
to it once.
After moving to the United States, he retired the Trumpet and moved
on to learn the Saxophone. While playing with the school band in Plano, TX,
he was also practicing for several hours a day, and performed with a
Contemporary Christian Band in the Dallas Area.

During his Junior year in high-school Neander moved back to Brazil.
At that time, he had a chance to further develop his musicianship while
performing every weekend with different Popular and Christian bands. He also
recorded his first solo album, which includes some of his compositions and
many traditional hymns in a revamped arrangement.

In 2004, he returned to the US and went back to performing at
different churches in the area, while performing every weekend in
restaurants with a Bossa Nova group.

Over the last few years, Neander has dedicated his time to learn,
create and perform Smooth Jazz. He has a passion for the style and mentions
David Sanborn and Nelson Rangel as big influences on his music. Neander has
been composing several tunes, which will be featured on his next album.

For now, you can see him performing in different places and events
around the Dallas metroplex with his jazz quartet.

I am a Smooth and Pop Jazz lover. I am a saxophonist and I have been playing the saxophone for 10 years.
My greatest influence and inspiration comes from Nelson Rangell, Kirk Whalum and David Sanborn.

I was born in Brazil and I really am passionate about music. I feel extremely blessed for all the good feedback I receive from people that hear me play.