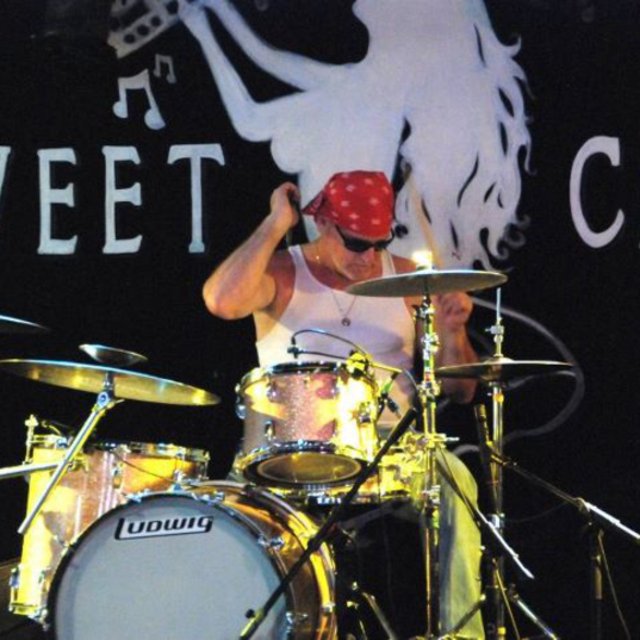 I've been on the drums and a back up vocals most of my life in the Northern Va. area. 30+ years in the music industry. I've had the pleasure of sharing the stage with many fine human beings and great acts. Playing everything from ROCK,TOP 40, DISCO, COUNTRY, and best of all BLUES! I have enjoyed some success over the years. I worked with the band known as AUGUST which released 2 albums opened for national acts. Played with the Texas style Blues band PISTOL. I've recorded with EMMYLOU HARRIS and SOUTHSIDE JOHNNY. I've played with nationally know blues slide guitarist MR. RAY BRAND and bassist MR. MIKE SMOOT of Muscle Shoals AL. I've also enjoyed the stage with TOM CRANE guitarist for CHARLIE DANIELS and the band BUCKEYE and Texas' next Great Blues player..., Wess Jeans and with Atlanta, Ga's own Patrick Vining. I was the drummer for the very well know DC Based ( and one DC Blues Society's ) best Blues Bands. "SMOKING in BED" and of as of late, I'm working with the Legendary Hell Hounds. ***If you give me enough notice***..., I can do any Wednesday thru Saturday Gigs within a 200 mile radius***! Thanks for taking the time to read this stuff!

Just about the best that money can buy ..., and lots of it! From soft cases to flight cases, and everything that goes with them.
I also have very, very good transportation.

Will be opening for him, at the Strausburg in Strausburg Va. That's the latest and greatest.