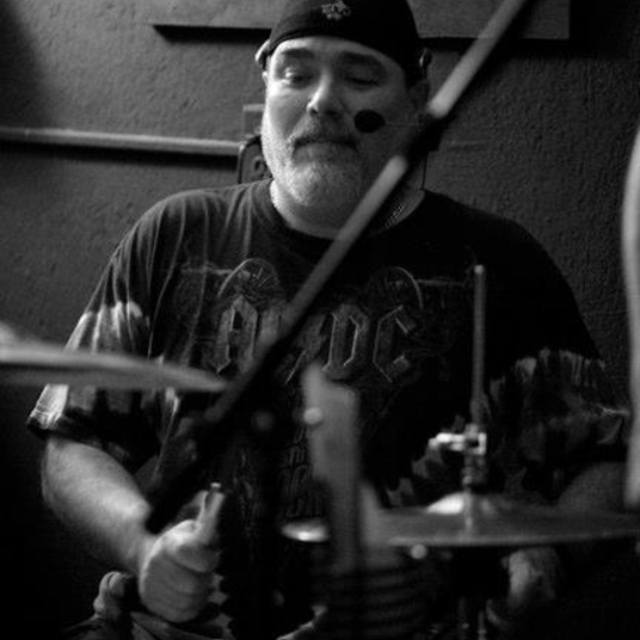 Growing up as a kid my parents finally answered my unrelenting request for a drum kit by buying me a snare and a cymbal. Life was never the same for them, until I moved out. They still Joke about the electric company and the water company would not believe the sudden drop in resource utilization was due to simply one individual moving out. They replaced both meters anyway. Born in West Philadelphia (Overbrook section) moved at a young age to Springfield Delaware county. Around 8 or 9.. I saw a garage band up the street. Drummer was awesome. (Greg Peake) Went home asked for a drum kit.

One fine sunny day while trash picking, I found a broken down lawn mower. A "2 cycle" I brought it home. While displaying another instinctive inbred talent, I fixed it. As I can fix anything.! Any way, At the ripe young age of 9 Nicks Lawn Care was in business! After cutting 6 lawns a week for a month I bought my first complete kit and cymbals from a neighbor. Sneaked it into the house a piece at a time and set up what would be the only thing I do more than breathing or eating for the majority of my youth. Pieces of that drum kit are still in use today. One thing about my passion for playing drums. No one ever asked me to practice. EVER! I absolutely would not stop playing and would play every chance I could get. I would go out on the weekend and hang out long enough with everyone to find out what park the keg party was at. Then head home cause the parents would let me play till 10:00. God bless the "Rents" for their patience and tolerance. While being a basement hero for what seemed to be forever. I did not get into bands until I could drive. It's hard to hitch a ride with the full drum kit in tow. I would frequent a local bar off of Route 320 called the Cobblestone. Bands would usually play Friday and Saturday nights. Still being under age I would sneak in and hang in a corner out of sight, watching the drummer all night. At closing, I would snatch a set list if I could. Returning the next evening I came ready to play. I would ask to sit in with the band and most of the time they would let me play. I did this for what seemed to be years. Since the internet isn't what it is today.....experience playing in bands depended on what was at the local bar that would let you sit in. There was a paper called Musicians Grapevine or the daily times to search for bands looking for members. And the ya had to clear the rents about getting the car.. As I said it's hard to thumb a ride with a drum kit in tow. Basically self taught, I did not even begin to take music theory until I was 27. I studied under Chuck Anderson for 2 years. And took from this an ability to chart and learn material at a fast rate. The current band at the time was also my claim to fame "Nick Danger and the Fear". We learned material at a rate of 5 tunes a week for years. As a result we ended up with several hundred songs we could pull off collectively. The first set was one song if you know what I mean. Under the expert management of Chip French and Apollo Entertainment. This band was the closest I came to playing in "Their" sand box as I would get. Some very high caliber bands used to open for US!. If had remained at that level, I would have most likely continued drumming as a carrier. I can honestly say I even played with Lennie Kravits at MAUI in Philadelphia PA. I will never forget the experience. You just can't buy that sh*t anywhere!
Name Nick Pietropolo Alias: Nick Danger, RuFuS, Animal.

Just about everything. Grew up listening to Yes, ELP, Bad Company, Led Zeppelin, Rush, Beatles, Stones, Pink Floyd to name a few, just too many to list