NO COUNTRY FOR OLD MEN + Musician in San Diego, CA 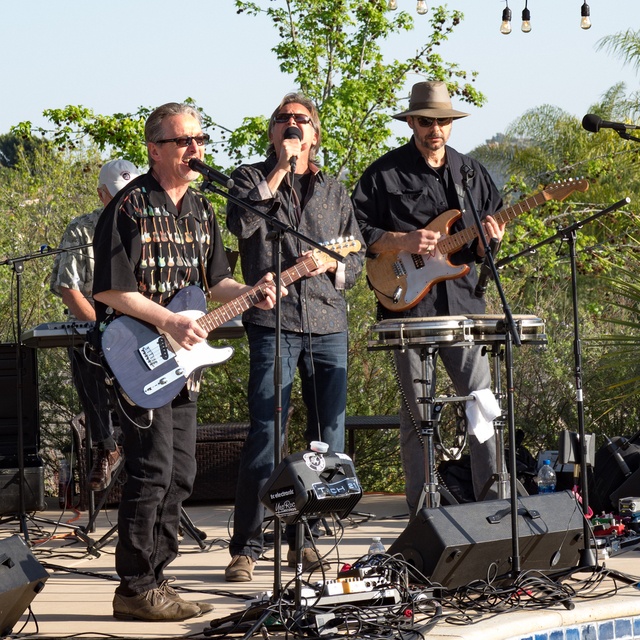 No Country for Old Men is a six piece: singer, 2 guitars, bass, keyboards, drums with the Singers' Workshop doing backups.

No Country for Old Men is:

Also featured on some of these videos and photos you will find friends and longtime band members, the councilor to the sticks Joe Russo and the doctor of the bass guitar Charles Simmons.

As someone else on this site said, Equipment? "Oh, Yeah..."
On stage NCFOM puts everything through the PA. We use a Mackie DL32, four QSC 12's and a QSC KSUB.
We are blessed to have sound-man Roger wirelessly mixing our live gigs. As I always say, "If we sound bad it's our fault, if we sound good it's coz of him."

From the videos you will see that in recent years I've also used a 2008 Parker Fly and a 2001 Rick Turner Renaissance, an 88 HLE Strat, and a 84 Les Paul Studio.

Thanks for reading down this far!