No Blood No Alibi + Band in New Prague, MN 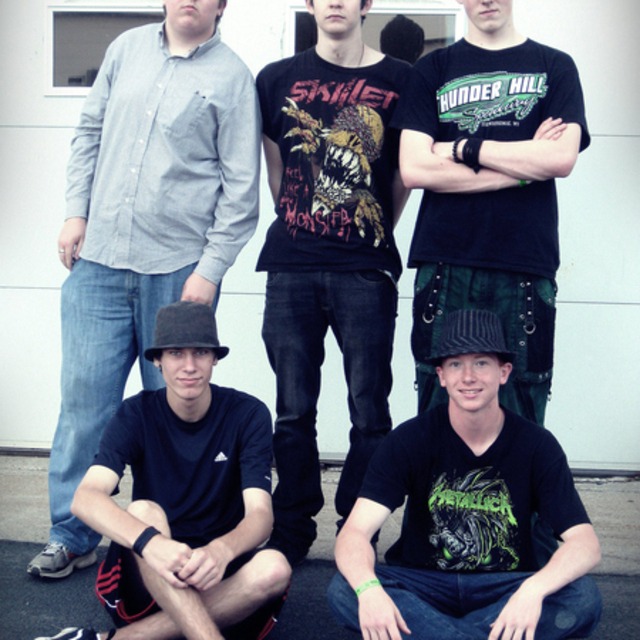 No Blood No Alibi is an Alternative/Metalcore band out of Lakeville, Minnesota. Its current lineup consists of Chris Dohmen (drums), Connor Sternberg (Lead Guitar), Mack Masberg (Rhythm Guitar), Matt Edlund (Lead Vocals), and John "Stitchez" Stalter. The band began in 2010 with roots in hard rock, playing cover songs in the meantime to help inspire them. However as they progressed and starting writing more songs, they began taking on a more metal edge by playing in drop tunings and playing breakdowns, and started to fade from their hard rock roots. They still play the occasional ballad like "Where Have You Gone?", but they are now a metal band, cranking out tunes like "Envy Unleashed" and "Gone Under" for fans to mosh to. Currently an EP is in the works and is hoping for a release in September.